Aey (1991) wrote a guide for the preparation of a Concept Map of Soil Associations in the entire city. This guide was based on: 1) the method described by Grenzius (1987) for the preparation of a Soil Association Map for West Berlin; 2) the Map of Soil Associations by Grenzius which was transferred into the spacial reference system of the Environmental Information System (UIS) by Fahrenhorst, Haubrok, and Sydow (1990). No Soil Association Map of this or a similar kind existed for East Berlin. The bases for the development of the soil association map of West Berlin were the excavations and drilling stock samples conducted in all of West Berlin. These were conducted in forest plantations and agricultural areas under consideration of geomorphological-hydrological conditions, and, in populated areas, under consideration of uses. All parent rock and most uses, with the exception of industrial areas, were surveyed several times, and mapping was begun. The evaluation of this mapping enabled analogical conclusions for soil conditions at unmapped areas.

The comprehensive soil science studes used for the previous Map of Soil Associations in West Berlin have verified the Map for many areas, such as forest and agricultural areas (farmland). The map is to be regarded as partially verified for areas with lesser degrees of soil science studies. Such detailed soil mapping for East Berlin only exists for forests. All derivations and determinations of soil associations for East Berlin – except for forest plantations – had to be made on the basis of analogical conclusions and existing material, such as geological and topographical maps, soil maps, and area uses, etc.. The accuracy, informational content, and age of this material varied greatly. 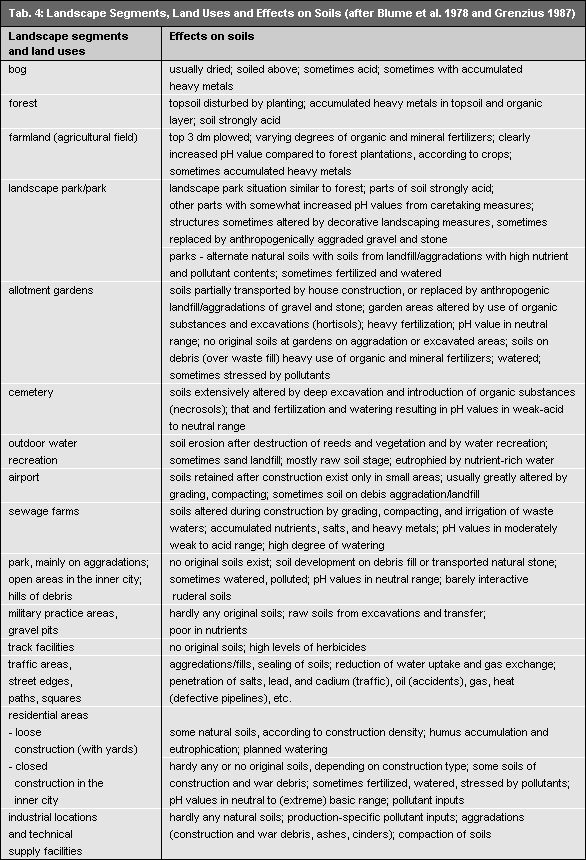 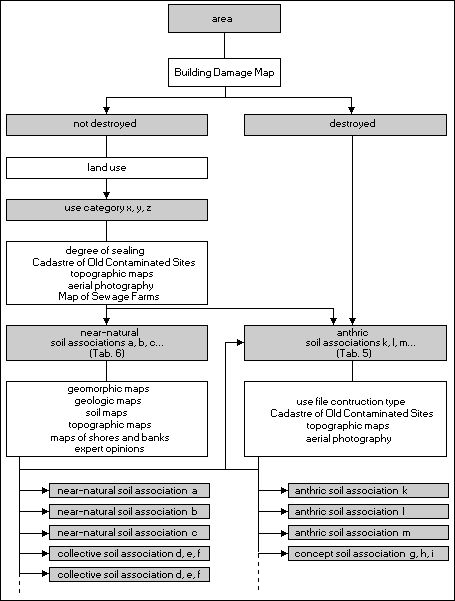 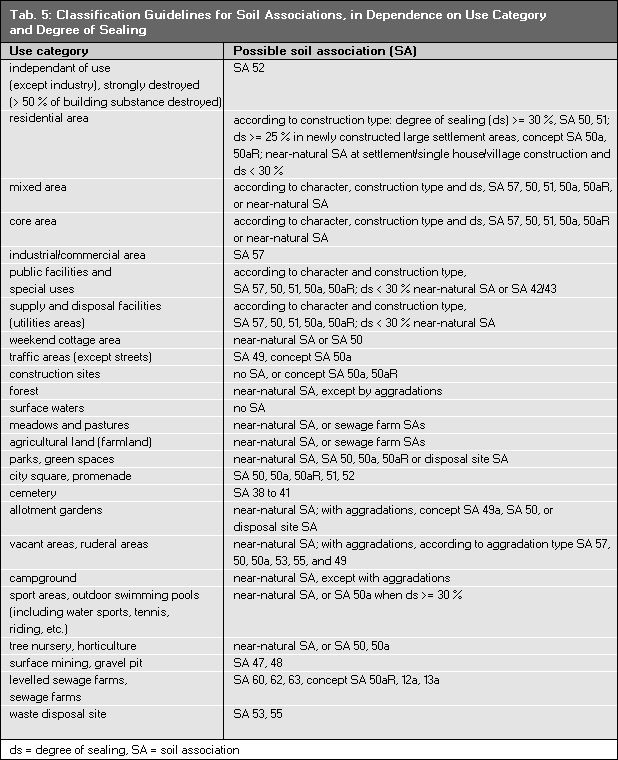 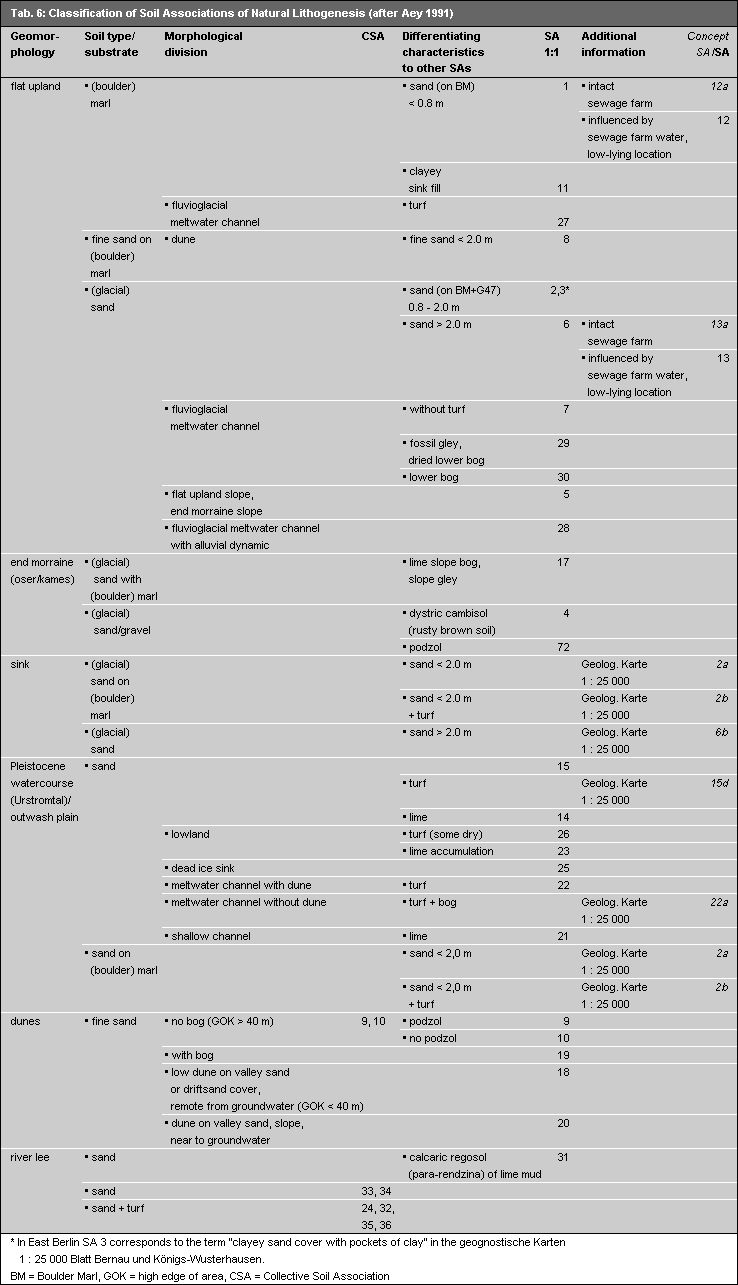