The basic data for the preparation of the groundwater contour map are provided by the State Geology Working Group of the Senate Department for the Environment, Transport and Climate Protection, by the Berlin Waterworks and the federal state of Brandenburg. 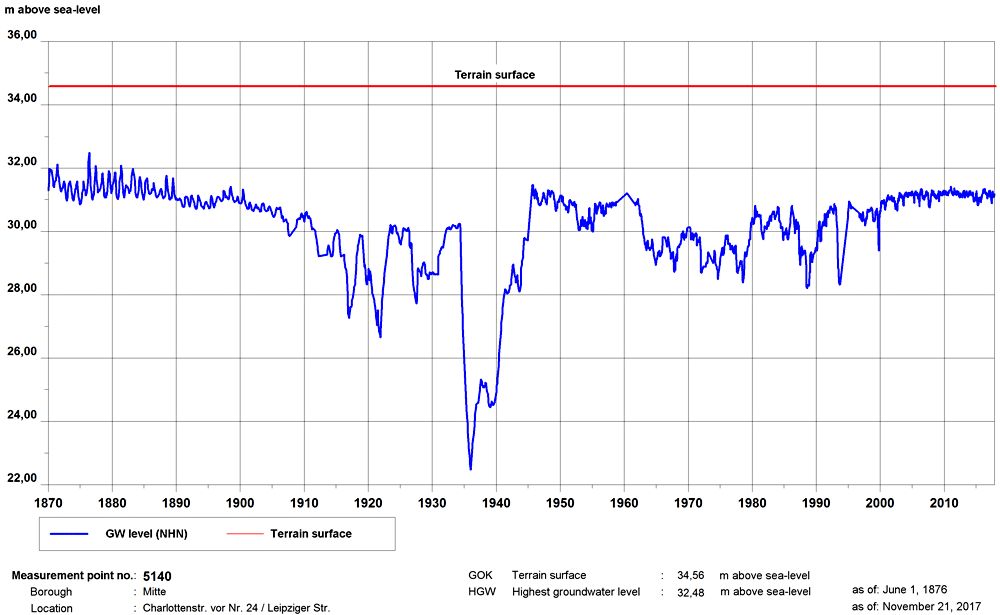