Groundwater Levels of the Main Aquifer and Panke Valley Aquifer 2014

The map is based on the topographical General Map of Berlin, scale of 1:50,000, in grid format, and the geological outline for the Berlin state territory, at a scale of 1:50,000 (2007), which was derived from the geological General Map of Berlin and Surrounding Areas, scale of 1:100,000. In addition, the appropriate support points (groundwater measurement points and surface-water levels) as well as the individual waterworks are indicated, with their active wells and water conservation areas.

On the plateaus, the main aquifer is extensively covered by the glacial till and bolder clay (aquitards) of the ground moraines. Wherever the piezometric surface of the main aquifer lies within such an aquitard, groundwater conditions are confined. In sandy segments above the till, the periodic formation of perched groundwater is possible, which can, after extreme precipitation, rise to the surface. The groundwater levels of these locally highly differentiated areas have not been separately ascertained and portrayed. Within the till, sandy islands may become filled with groundwater, or so-called stratum water (see also Fig. 3).

In the Panke Valley, on the northern side of the spillway, the Barnim Plateau, a major independent coherent aquifer has developed. It is located above the main aquifer, which is covered by the glacial till of the ground moraine (see also Figs. 7 & 8). On the present map, this aquifer is indicated by separate blue groundwater isolines. A spur of the glacial till toward the Warsaw-Berlin Glacial Spillway creates an interlock of the Panke Valley Aquifer with the Main Aquifer there.

Current Situation in May 2014

In May 2014, too, the potentiometric surface, which has been lowered in Berlin by drinking-water discharge over the past hundred years, was at a relatively high level compared to 1989 (Limberg et al. 2007: pp. 76 ff.). Areas of groundwater rise for this period of time in the glacial spillway of more than half a meter and of more than one meter are shown on the map (Fig. 10). 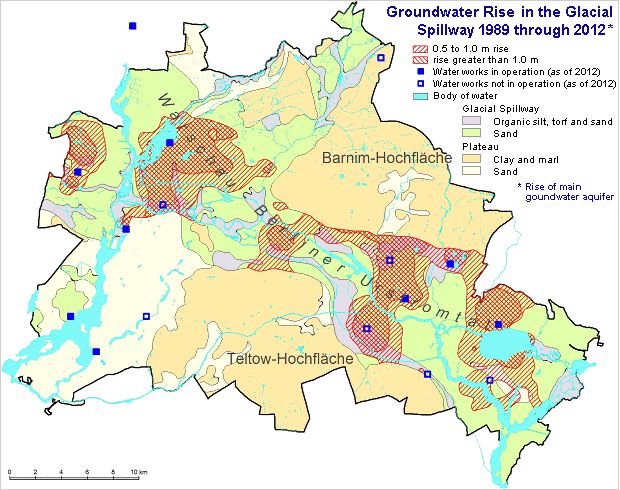 The reduced raw-water discharge by the Berlin Water Utility since 1989 as a result of the decreased need for drinking and industrial water is responsible for the constant rise of the groundwater level. Moreover, five of the smaller Berlin waterworks (Altglienicke, Friedrichsfelde, Köpenick, Riemeisterfenn and Buch) were shut down altogether between 1991 and 1997. In addition, drinking water production at the two waterworks Johannisthal and Jungfernheide has been discontinued temporarily since September 2001; at the latter, the same has been true for artificial groundwater recharging. However, under the immediate water management measures of the Senate Department for Urban Development and the Environment, groundwater is still being discharged at the Johannisthal location, so as not to endanger current local waste disposal and construction measures. Likewise at the Jungfernheide location, groundwater was discharged by the Department through the end of 2005. Since January 2006, a private company has performed the groundwater management here. 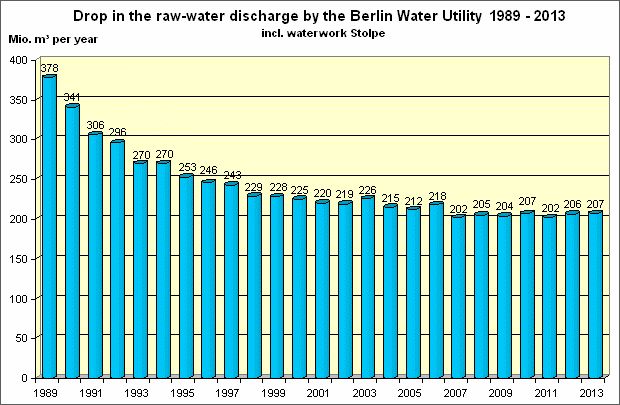 Fig. 11: Drop in the raw-water discharge by the Berlin Water Utility over a 25-year period
Image: Umweltatlas Berlin

The development of the groundwater levels from May 2013 through May 2014 is exemplified at four measurement points which are largely unaffected by the withdrawal of water by the waterworks (Fig. 12). 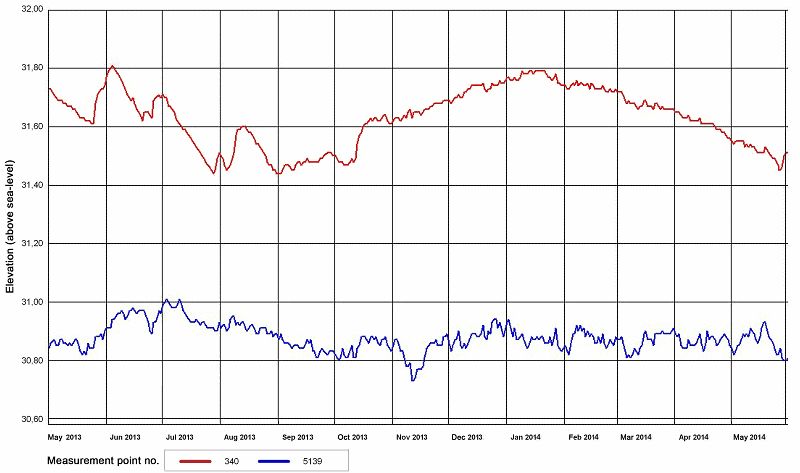 Fig. 13: Groundwater levels at two measurement stations in the Glacial Spillway, May 2012 to May 2013
Image: Umweltatlas Berlin 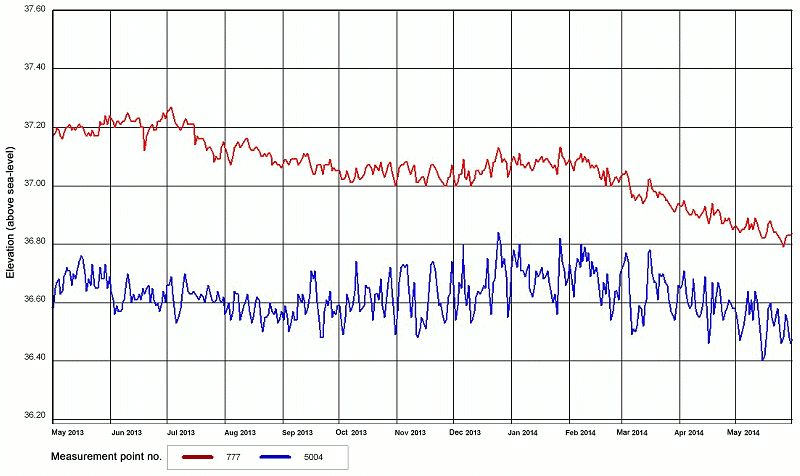 Fig. 14: Groundwater level at two exemplary measurement points on the plateaus, May 2013 to May 2014
Image: Umweltatlas Berlin

From June 2013 through May 2014, the precipitation at the Berlin-Tempelhof Measurement Point was 34 mm above the long-term mean (1960 to 1990). However, the months December 2013 through April 2014, which are determined for groundwater formation, were relatively low in precipitation (Fig. 15), and thus caused a significant drop in the groundwater level in the spring of 2014, so that the above-average precipitation levels in May, September and October 2013 did not have as great effect (Figs. (Fig. 13 and 14). 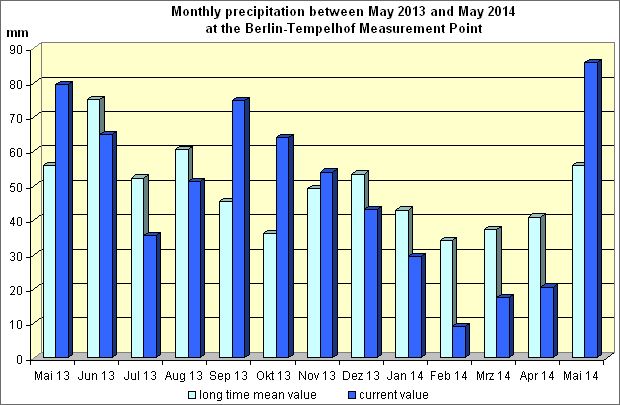 Fig. 15: Monthly precipitation between June 2013 and May 2014 at the Berlin-Tempelhof Measurement Point, compared with the long-term mean, 1961 through 1990.
Image: Umweltatlas Berlin