Management of Rain and Waste Water 2017

The number of block and block segment areas that are drained via combined sewerage systems has increased by just under 5 %. Much like in 2012, they account for almost 18 % of the total municipal area.

Inhabited areas without any type of drainage are blocks and block segment areas that are not connected to a sewerage system, which, however, presumably produce waste water based on their type of use. Here, sewage is mainly collected in septic tanks. The sewage is then taken to sewage treatment plants by transport companies. Since the early nineties, when 12 % of the inhabited area (7 % of West Berlin and 19 % of East Berlin) was still not connected to the public sewerage system, this figure has dropped steadily and amounts to about1.3 % according to the current analysis. The population-referenced overall connection rate to waste water sewers is thus almost 100 %. 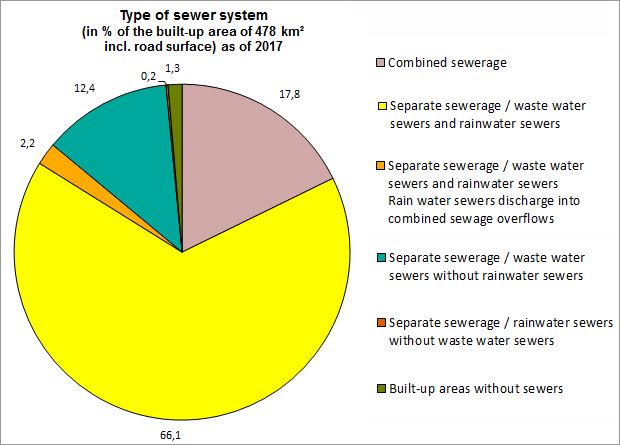 Fig. 1: Type of sewerage network, as a percentage of built-up areas, including road surfaces (478 km2), as of 2017
Image: Umweltatlas Berlin

In recent years, increased construction activity and the associated increase in both impervious areas and the efforts of the Berlin Waterworks to expand the sewerage network into previously unconnected residential areas have resulted in new areas being connected to a sewerage system. This has been confirmed, too, by the most recent analysis, even though the methods used differ between the years 2012 and 2017. Overall, the share of areas connected to a sewerage system has risen by 2 % in the total built-up area.

When analyzing how the different systems are distributed across the municipal area, the following key areas emerge.

In the inner-city areas of Wedding, Tiergarten, Mitte, Prenzlauer Berg, Friedrichshain, Kreuzberg Schöneberg, parts of Neukölln and Wilmersdorf, Westend and in the old town of Spandau, waste water and rainwater is drained together via the combined sewerage system.

In Berlin, the prevalent type of separate sewerage system is that of rainwater drainage plus a sewerage system. Areas with this type of system are mainly found in outer areas, in the new boroughs of Spandau, Reinickendorf, Pankow, Lichtenberg, Marzahn-Hellersdorf, Treptow-Köpenick, Neukölln, Tempelhof-Schöneberg and Steglitz-Zehlendorf, as well as some south-western parts of Wilmersdorf-Charlottenburg, a small area in the north-eastern part of Mitte, and the Stralau peninsula in the south-eastern part of Friedrichshain.

What is more, there is still a variety of individual roads, that has not yet been connected to the central waste water treatment system either (gap closure areas). These will be developed successively. According to available documentation, there are also isolated plots of varied use (e.g. restaurants or sports facilities) outside settlement areas not yet connected to sewerage systems.

Since within the inner S-Bahn Circle Line, the combined system prevails, and rainwater only rarely enters the water system, it has not been assigned to any rainwater drainage catchment area. The only exceptions are Tempelhofer Feld and parts of Wilmersdorf to the north of the urban motorway, which drain into the canals south of the Spree (the Neuköllner Schifffahrtskanal and the Landwehrkanal). 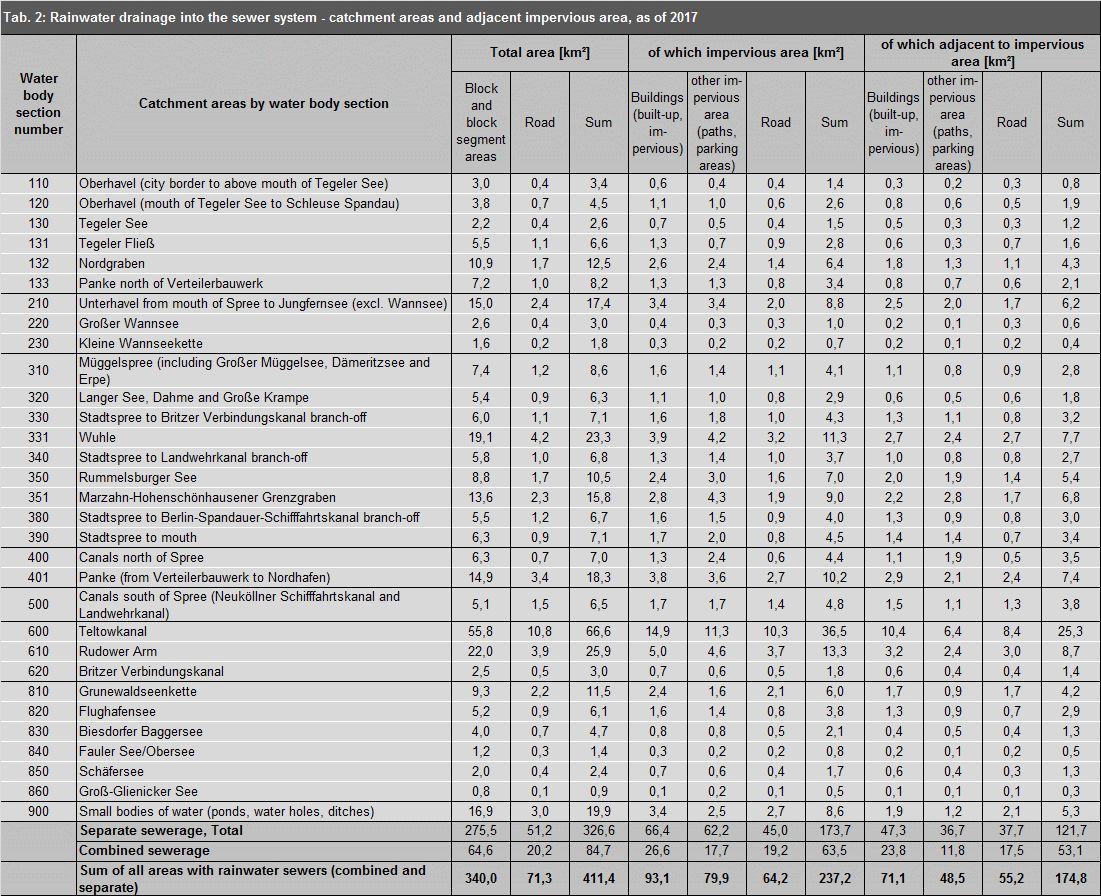 Table 5 of the text accompanying Map 02.13.1 “Surface Runoff from Precipitation” shows the amounts of introduction into the Berlin waters, summarized by segments. Except for those quantities which at heavy rainfall flow through the emergency outlets of the pumping stations and through the rain overflows of the wastewater network, and then also flow directly into the bodies of water, the surface runoff in the area of the mixed system is passed to the sewage treatment plants, from where they are fed into the bodies of waters after appropriate sewage-treatment, together with the treated sewage.

The Teltowkanal has the largest catchment area of the rainwater drainage, with more than 95 km² (including the Rudower Arm). Its long-term average intake is 14 million m³ of rainwater from the separate sewerage system. It is followed by the Wuhle, with a catchment area of 23 km² and 3 million m³ of intake, and the Panke (downstream from the Verteilerbauwerk) with approx. 18 km² and also about 3 million m³ of intake. The area of combined sewerage accounts for some 84 km² and about 21 million m³ of rainwater are mostly discharged to the sewage treatment plants (cf. Environmental Atlas 02.13.1, SenStadtUm 2019).