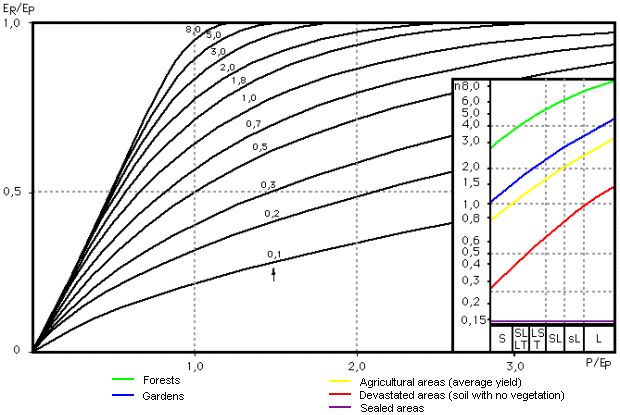 Fig. 1: Depiction of Bagrov Equation for Selected Parameter n and Dependency of Parameter n on Land Use and Soil Type
Image: cf. Glugla 1994

Local storage properties are especially influenced by forms of use. Use forms classified in order of increasing storage effectiveness are: sealed areas; soil with no vegetation; agricultural areas; gardens or forests. Soil type is also an influence (greater soil cohesiveness increases storage effectiveness).

Useful field capacity is a measure of the storage effectiveness of unsealed soil. It is the difference between soil moisture values for field capacity (beginning of infiltration into the soil) and for the permanent wilting point (lasting dessication injury to plants). Other land use factors modify the parameter value n, such as crop production per hectare, tree type and age. The parameter n was quantified by evaluating observation results of numerous domestic and foreign lysimeter stations and by water balance studies in river catchment areas.

Capillary uptake of groundwater into the evaporation-influenced soil zone increases evaporation rates in locations and areas with near-surface groundwater according to the depth of groundwater from the surface and soil properties. The formation of runoff declines. Water depletion occurs if actual evaporation exceeds precipitation. Runoff values then become negative, such as at lowlands of rivers and lakes.

Estimation of the Method of Calculation

The meaningfulness and precision of the calculation method was tested by comparing calculated total runoff with observed runoff values of closed river catchment areas. The mean deviation of calculated runoff from observed runoff was then determined. The deviation was approximately ± 15 to ± 10 % for areas with a size between 25 and 50 km2 ; approximately ± 10 to ± 5 % for areas between 50 to 1,000 km2 ; and under ± 5 % for areas larger than 1,000 km2. An average deviation of about ± 25 % is estimated for the individual grid areas (1 km2) presented here. The calculated values for outflow were rounded off at 5 mm/a. Runoff calculations were performed with the calculation program GRID – RASTER (cf. Glugla et al. 1989).

Certain types of local percolation were not taken into consideration, such as groundwater recharge for waterworks. Garden watering was added to precipitation in the form of a uniform approximate value.