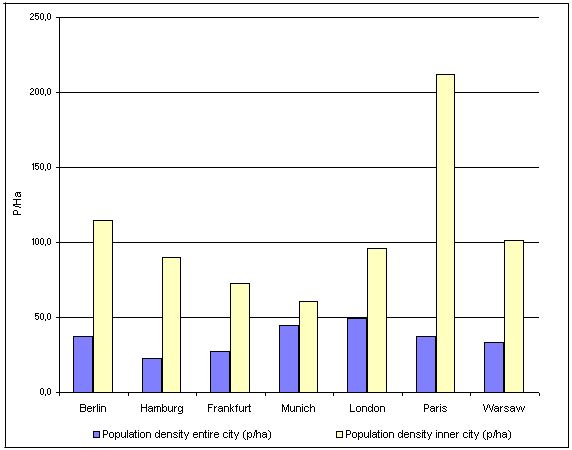 The Map of Population Density depicts population density in terms of statistical blocks or segment of blocks (cf. Methodology). Therefore this presentation is directly comparable to the last edition 2011.

The inner city boroughs of Mitte, Tiergarten, Wedding, Prenzlauer Berg, Friedrichshain and Kreuzberg reached their greatest population density in 1910 with 312 p/ha. Today, the population density of these boroughs has dropped to 106 p/ha, one-third of the peak value (cf. Fig. 2). 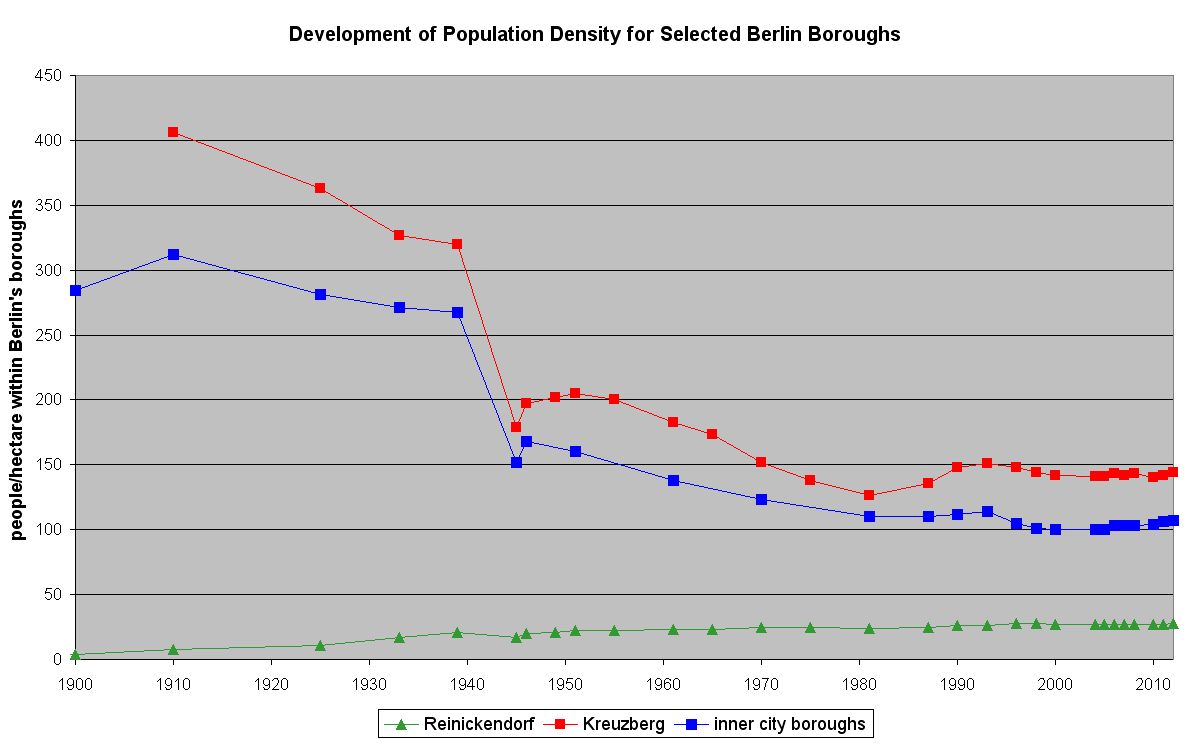 While in 1996 a continuous growth in population of up to 300,000 people was expected by 2010, a more complex developement took place: After a peak in 1993 with nearly 3,48 Million inhabitants the number decreased to 3,44 Million in 2000. Since then, the number has increased quite continuously to 3,46 Million inhabitants (Date: 31.12.2010, State Statistical Institute Berlin-Brandenburg).