Comparison of the impervious coverage data for 2011 and 2005 with the Impervious Coverage Indicator of the Working Group on Integrated Environmental and Economic Accounting of the German States (EEAL; Ger.: UGRdL)

The impervious coverage value for Berlin of the Working Group on Integrated Environmental and Economic Accounting of the German States (EEAL), developed by the Federal-State Commission on Soil Protection (LABO) on the bases of the sustainability indicator “land consumption for residential/ commercial and traffic areas”, is now juxtaposed to the results of the Environmental Atlas.

Figure 9 shows the rate of impervious coverage of the Environmental Atlas in 2005 and 2011, compared with the annually generated data of the EEAL.

Neither approach ascertains impervious coverage precisely; both work with different methods and different goals, and, to a certain extent, with estimates and assumptions, and are thus ultimately estimation methods.

While the EEAL approach gives the current (2010) overall impervious coverage of Berlin as 35.1 %, the Environmental Atlas mapped only 32.8 % of the city as impervious in 2011.

By contrast, the EEAL approach operates from the outset with estimates for certain use classes, which are moreover nationally uniform, and hence do not take regional particularities into account. For instance, the elimination of the area of Tempelhof Airport for the category of traffic areas at the time of its closure led to a change in the statistical situation, in spite of the fact that nothing changed in real life. 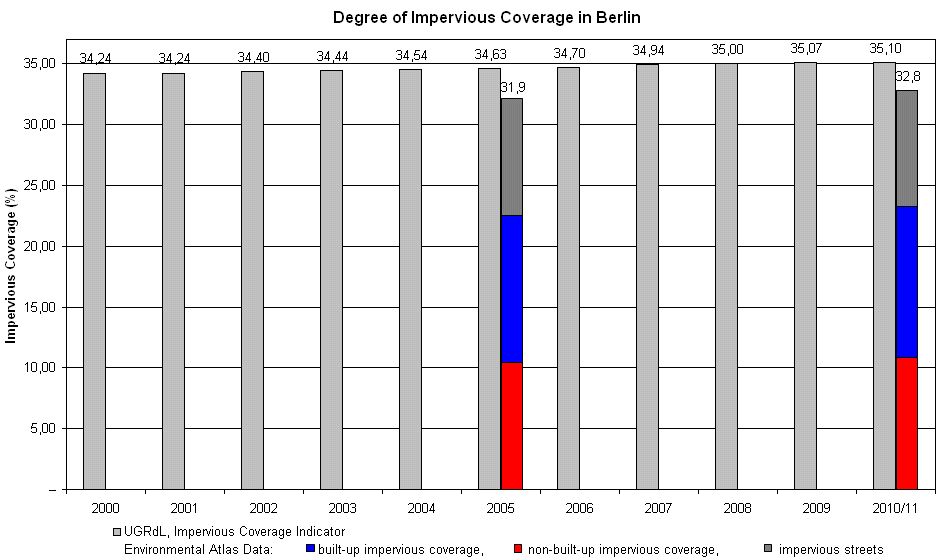 Fig. 9: Degrees of impervious coverage shown in the Environmental Atlas, 2005 in 2011 Editions, compared with the annually generated data of the EEAL.
Image: Umweltatlas Berlin