Exact knowledge of the current groundwater levels, and hence also of groundwater stocks, is imperative for the State of Berlin, since the water for the public water supply of Berlin (221 million cu.m. in 2016) is obtained from groundwater. This groundwater is pumped at nine waterworks, almost entirely within the territory of the city. Only the Stolpe Waterworks on the northern outskirts obtains water from Brandenburg, but also supplies Berlin with approx. 9 % of the city’s total intake (Fig. 1). 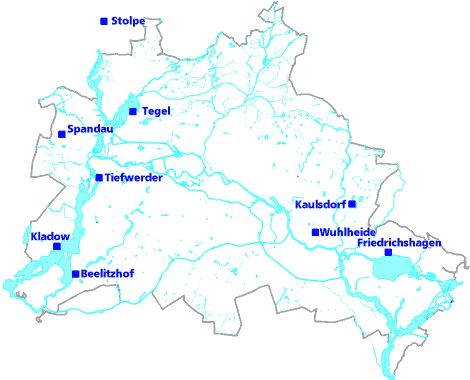 Fig. 1: Location of the waterworks which supply Berlin with drinking water, as of May 2017
Image: Umweltatlas Berlin

For this reason, the State Geology Working Group produces a map of ground-water levels every month, for internal use. The map for May, the month with normally the highest groundwater level, is published in the Environmental Atlas. 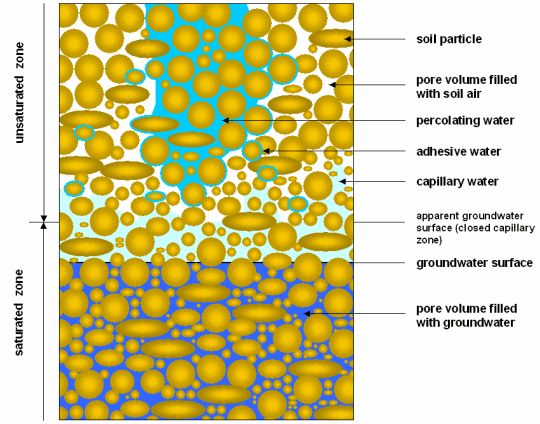 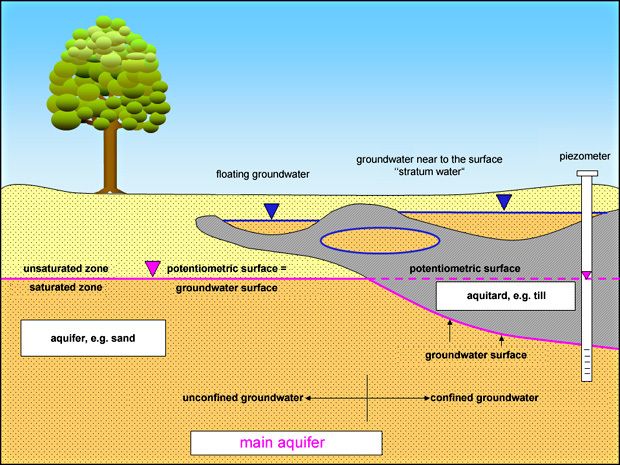 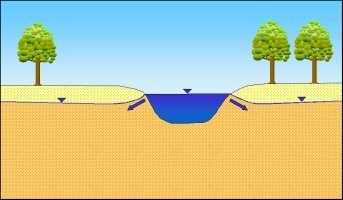 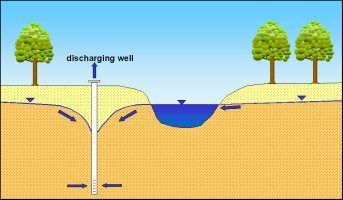 The present relief of the earth’s surface in Berlin was predominantly the result of the Weichselian glaciation, the most recent of the three great quaternary inland glaciations, which has determined the morphology of the city (Fig. 5): the low-lying Warsaw-Berlin Glacial Spillway with its Panke Valley branch, which consists predominantly of sandy and gravelly deposits; the neighbouring Barnim Plateau to the north; and the Teltow Plateau with the Nauen Plate to the south. Both plateaus are covered in large parts by the thick glacial till and boulder clay of the ground moraines (Fig. 6). The morphological appearance is supplemented by the depression of the Havel chain of lakes (Figs. 5 and 6). For more on the geology, see Limberg & Sonntag (2013) and the Geological Outline (Map 01.17). 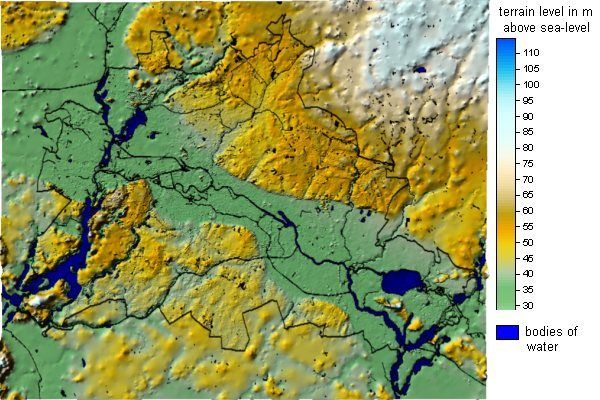 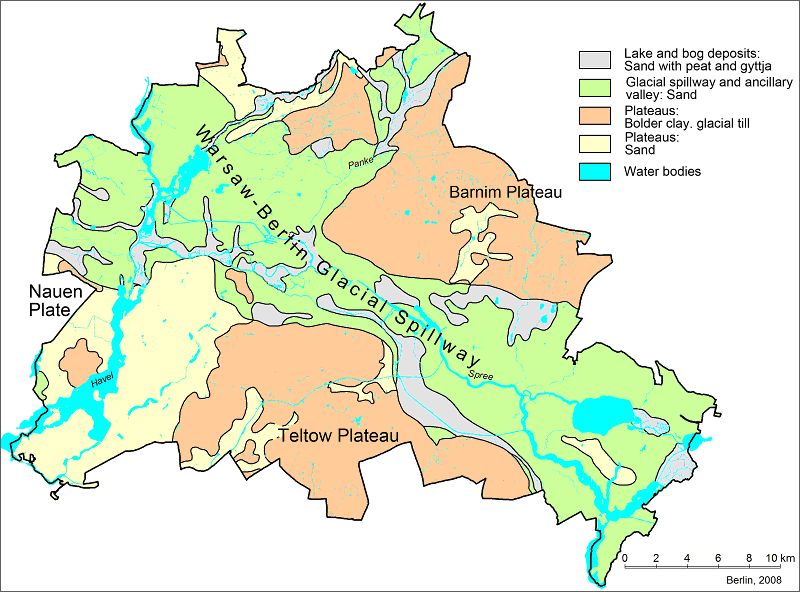 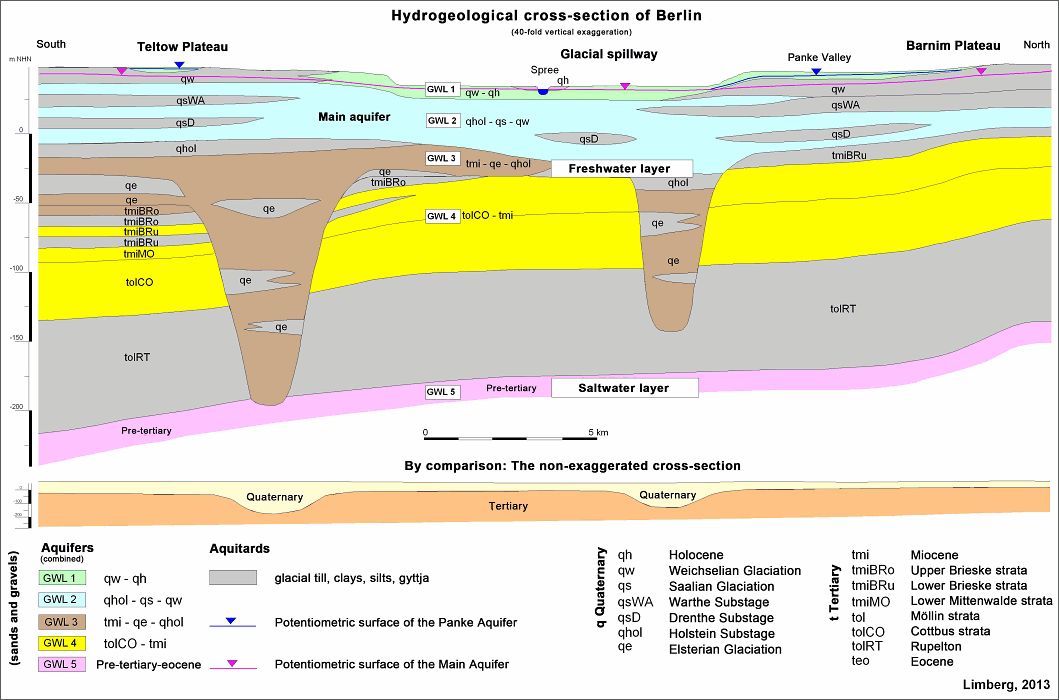 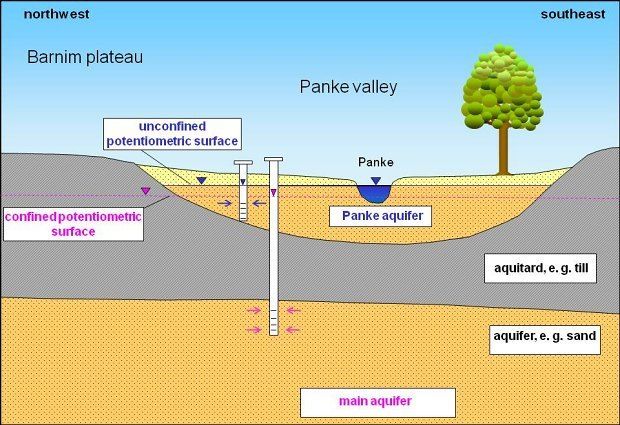