Management of Rain and Waste Water 2005

Some three quarters of the sewerage-equiped urban area of Berlin is drained by separate sewerage; the remaining quarter has combined sewerage. Compared to the early nineties, when 12 percent of the inhabited area (7 percent of West Berlin and 19 percent of East Berlin) was still not connected to the public sewerage system, this figure has dropped to about three percent, as of 2005. The population-referenced overall connection rate for the city is thus 99 percent. 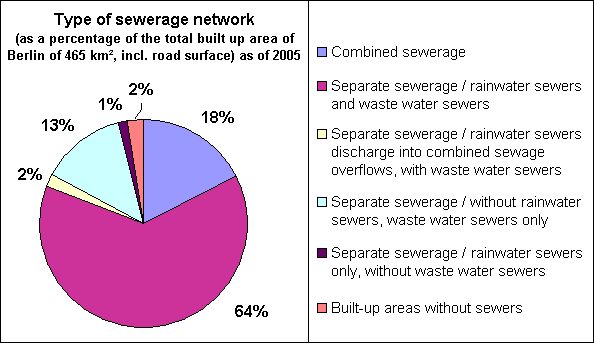 Fig. 1: Type of sewerage network, as a percentage of built-up areas, including road surfaces (465 sq. km), as of 2005
Image: Umweltatlas Berlin

The pre-2001 inner city boroughs of Wedding, Tiergarten, Mitte (all now in the borough of Mitte), Prenzlauer Berg, Friedrichshain, Kreuzberg (the latter two now combined) and Schöneberg,as well as parts of Neukölln and Wilmersdorf, the Westend area and the old town of Spandau are connected to the combined sewerage system.

In Berlin, the prevalent type of separate sewerage system is that of rainwater drainage plus a sewage system. Areas with this type of system are mainly found in closer proximity to the inner city areas, in the new boroughs of Spandau, Reinickendorf, Pankow, Lichtenberg, Marzahn-Hellersdorf, Treptow-Köpenick, Neukölln, Tempelhof-Schöneberg and Steglitz-Zehlendorf, as well as some south-western sections of Wilmersdorf-Charlottenburg, a small area in the north-eastern part of Mitte, and the Stralau peninsula in the south-eastern section of Friedrichshain.

There are a few residential areas with rainwater drainage with no sewage system in the eastern parts of the city, including Blankenburg, Biesdorf South, Kaulsdorf, Mahlsdorf, Köpenick North and Bohnsdorf.

Since 1990, extensive sewage connection projects have been carried out in all parts of the city. Areas connected to the network have included the older sections of Reinickendorf, Karow, Buch, Kaulsdorf, Mahlsdorf, Köpenick, Rahnsdorf, Müggelheim and many others.

Those areas of Berlin which do not have any sewerage systems or which are only partly connected and for which plans exist to provide connections by the end of 2008, so that they will at least have sewage drainage, include: old Buchholz, old Karow, old Hohenschönhausen, old Wartenberg, Gehrensee, Gartenstadt Hohenschönhausen, Kaulsdorf South, Mahlsdorf North III, Mahlsdorf South, Biesdorf South, Hirschgarten, Späthsfelde, Johannistal South, Siedlung Weiss, Grünau North, Altglienicke South, Falkenhorst, Grünbergallee, Bohnsdorf West, Bohnsdorf North, Weststaaken-Fahrlander Weg, Weststaaken-Zeestower Weg, Am Steener Berg, Blankenburg East and Blankenburg North.

There still are twenty-two old residential areas in Berlin for which sewerage development is not to be undertaken even during the 2008 planning period. No binding planning beyond that period exists. For some of these areas, such as Mahlsdorf North IV, Buchholz West II, old Blankenburg, the Blankenfelde suburban estate, old Heinersdorf, Buchholz North II, Steinstücken, the Spreetal estate and the Wartenberg estate, sewage development is being considered for the period after 2008, at issue being the specific costs of connection and other urban development matters.

Parts of Berlin which have sewage drainage, but where rainwater is allowed to seep into the ground are largely in outlying areas, such as Gatow, Spandau, Konradshöhe, Heiligensee, Frohnau, and in a few other such areas.

Since within the inner S-Bahn circle line, the combined system prevails, and this area for the most part has no separate sewerage, it has not been assigned to any rainwater drainage catchment area. The only exceptions are Tempelhof Airport and parts of Wilmersdorf to the north of the motorway, which drain into the canals south of the Spree (the Neukölln Schifffahrts Canal and the Landwehr Canal). 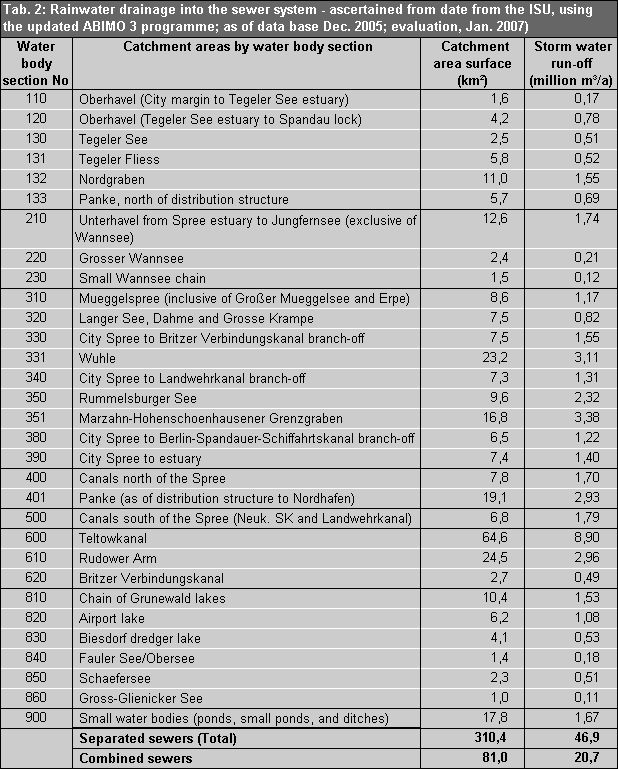 Tab. 2: Rainwater drainage into the sewer system – ascertained from date from the ISU, using the updated ABIMO 3 programme; as of data base Dec. 2005; evaluation, Jan. 2007)
Image: Umweltatlas Berlin