On account of the close relationship between the topics covered in Maps 08.01 – “Building Heating Supply Areas” and 08.02 – “Predominant Heating Types,” a common text has been prepared for both maps.

Berlin is the largest contiguous built-up conurbation in Germany. Approximately 3.4 million inhabitants live in an area of 889 km2. The development of the building heating supply and the distribution of the various kinds of fuel are tied to the evolution of the city and characterized by its social and building structure.

In the course of the industrialization period after about 1875, and the quick rise in population which proceeded with it, Berlin around the old city center and within the present City-Rail Circle Line developed largely into a city of tenements. At the inner city edge, the first settlements of the housing-construction companies emerged. In the outer areas, villa colonies and garden-city projects were built. Until the end of the 2nd World War, lignite and mineral coal were used almost exclusively for the city’s heating supply.

Postwar development was marked by large-scale reconstruction and new building projects, which initially used the row-construction type again. From the 60s to the 80s, large developments and satellite towns emerged in the outer areas, while in the inner city, the housing programs were initially characterized by demolition and new construction. Starting in the mid-70s, preservation-oriented forms of urban renewal were undertaken, primarily in Wedding and Kreuzberg (cf. Map 06.07, SenStadtUm 1995f).

The employment of different fuels for the heating of residential buildings and workplaces developed differently in East and West Berlin during this period. In the western part of Berlin, a continuous substitution of coal by other energy carriers took place after the beginning of the 70s. The substitution pattern was dependent on the housing structure: Primarily in the single-family and duplex housing in the outer areas, heating has since been fueled by light oil. In the heating of residential apartment building and work-places, the type of fuel was oriented more toward the proximity of heating-supply networks of the pipe-dependent energy providers, and/or the use of in-plant oil-fired heating units.

The high density of heating power-plants caused by the isolated situation of West Berlin made possible a continuous development of district-heating supply by the Berlin Electric Power Company (BEWAG), even though the priority it gave to electric power supply has so far prevented an optimization of thermal technology planning.

In the eastern part of Berlin, lignite and natural gas were used almost exclusively for heating up to 1989, both in single-family and duplex house areas and in multi-story old building quarters, and also in workplaces. About 60 % of the housing units in the eastern part of Berlin were provided with single and collective coal heating in 1989; approx. 40 % of the apartments were provided with district heat from heating plants and heating-power plants. Because of the use restrictions in the former GDR, fuel oil was not made available to the heating market.

Even today, the overall power supply, including the electric-power share, shows considerable differences between the two halves of the city. Figure 1 shows that for the western part of Berlin, only 6 % of the power plant output is available for district heating, while in the eastern part of the city, 43 %, or almost half of all output is available for heating supply.

The integration of East Berlin in the eastern power-grid system made it possible even under the former East German regime to provide a predominant share of the output of the four power plants for heating supply purposes.

Since December 1994, the western part of Berlin has been integrated once again into the power-grid system, so that the “energy-island” situation has, after over 42 years, been abolished. Now that all technical requirements have been fulfilled for directly feeding into the BEWAG power supply system, the West Berlin heating power plants, too, have a high potential for expanded district-heating utilization. In the eastern part of the city, modernization of the power plants is continuing by means of such measures as the new construction of the heating power plant Mitte.

The fundamental changes in the heating supply system have provided clear relief in the air-quality situation in the city. The development of the most important pollutants is described comprehensively in the Environmental Atlas Maps 03.01 to 03.08. Sulfur dioxide, dusts and also nitrogen oxide pollution caused by power plants, domestic heating and industry has decreased considerably. For the eastern part of the city, the process of supplemental technical equipment and change of the fuel types will take still more time to have an effect, particularly in the area of domestic heating.

Considering the respectively low emission amounts, the effect of domestic heating measures on the pollutant emission situation is higher than for industry and power plants.

Carbon dioxide (CO2) has in recent years moved to the center of discussion, but it cannot be reduced effectively through technical measures.

The starting points for implementing the political goal of a 25 %-reduction in carbon dioxide emissions per capita of the population by 2010 are utmost effectiveness with regard to heating and other energy needs and a generally resource-saving management of all raw materials. In December 1994, the Berlin state government adopted the Berlin Energy Concept for this purpose. The main points of the Berlin Concept include the reduction of energy consumption in housing and work-place heating, particularly in public facilities. 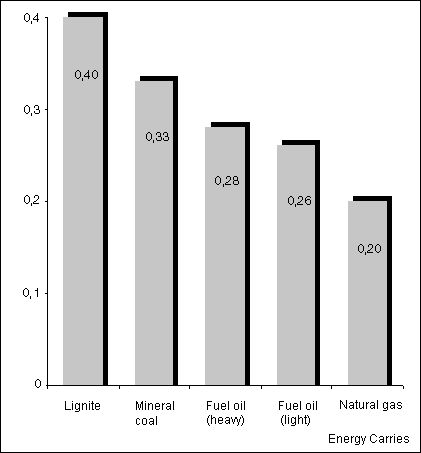 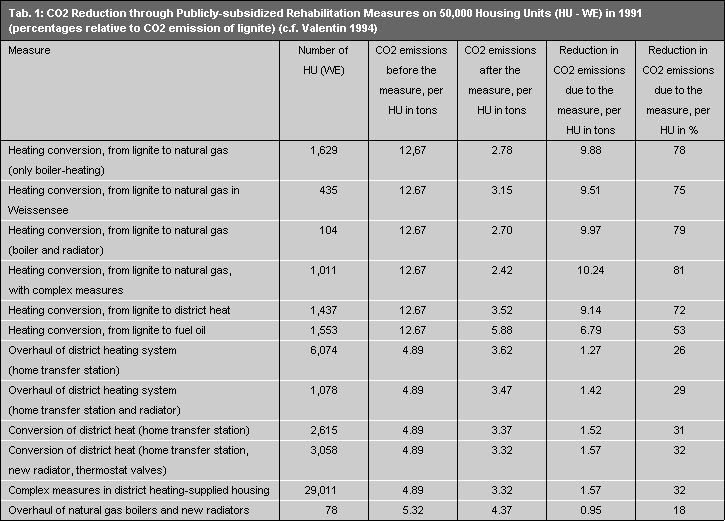 Table 2 shows the reduction in CO2 emissions in the state of Berlin for the period from 1987 through the first half-year of 1994.

For new-construction areas, a low-energy standard applies as a goal, which is at least 20 % lower than the standards of the Insulation Ordinance.

Given the immense rehabilitation requirements, but also the many current extensive new building measures, additional conceptual considerations are very important. For this purpose, some 20 energy concepts have so far been prepared which anticipate the greater inclusion of regenerative energy carriers. Thus, about 9.5 billion kWh of power are sold in Berlin per year, but only approx. 200,000 kWhs are obtained directly from the sun, from some 160 photovoltaic plants. In addition, some 1,000 solar thermal plants exist at this time which are used to heat water for immediate use, and for other purposes. The employment of heat pumps for heat energy supply is negligible.

Central to the supply of heating in the city are, by contrast, the 12 BEWAG heating power plants. In addition, there are 40 block-scale heating power plants (as of February 1995) with a total thermal output of 55 MW (by comparison: the HKW Reuter-West: heating power plant in West Berlin produces 650 MW), as well as several hundred public and private furnace plants subject to licensing. Since the environmental benignness of the district heating depends to a large degree on the fuel used in the plants, Map 08.02.1 shows fuel use for the larger plants in the heating market for 1994.

The present Maps 08.01 and 08.02 show for the first time the current shares of individual energy carriers for housing and workplaces living space in the building blocks. They thus provide a valuable aid for the planned certification of priority areas for district heat and natural gas, and show the current renewal requirements. For new building areas, connection possibilities for the existing supply networks are shown.