Analyses on three spatial levels will be shown in the following – building, block and block segment of the ISU and borough.

The buildings were classified into six categories of building use based on the ALKIS and NOT-ALK use. Table 2 and Figure 3 show the order of magnitude and percentages of the building uses covered with green roofs.

In addition, Table 2 indicates possible potentials for future green roofs. The building use “Office buildings, commercial”, which presumably has a high proportion of flat roofs, only has greened roof areas on 2.7 % of the buildings to date. A high potential for green roofs can be assumed here. By contrast, this potential is much more intensely utilised at 80 % in the case of underground car parks, as expected, albeit with different proportions of greening on the individual roof areas of greened underground car parks. 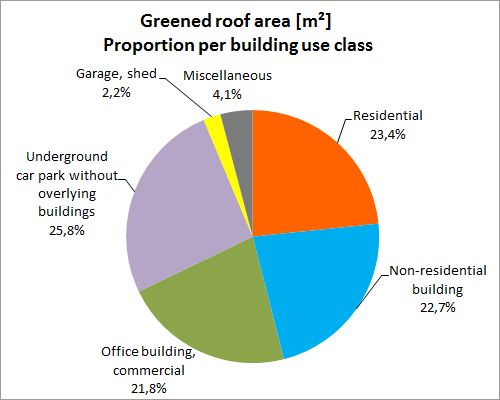 The assignment of the buildings to the block and block segment areas of the ISU also allows analyses to be carried out based on the area types available there (Table 3).

With a total of more than 30 ha each, the area types “Settlement from the 90s or later (73)”, “Commercial and industrial area, large-scale retail with sparse development (30)”, “Closed block development, rear courtyard, 5-storey (2)”, “Core area (29)” and “Closed and semi-open, de-cored block development, post-war gap closure (7)” exhibit the largest greened roof areas in absolute terms. Relative to the building floor area, the two area types “City square / promenade (54)” and “Settlement from the 90s or later (73)” stand out with a greened roof proportion of 31 and 22 % of the building floor area, respectively. However, as a further area type with a large building stock, the type “Detached single-family homes with yards (23)” merely exhibits a share of 1 % greened roof areas in the building floor area. This implies that there are principally greater potentials for green roofs in the private settlement area, which are, however, limited to the limited proportion of greenable roof constructions (flat or barely inclined roofs). 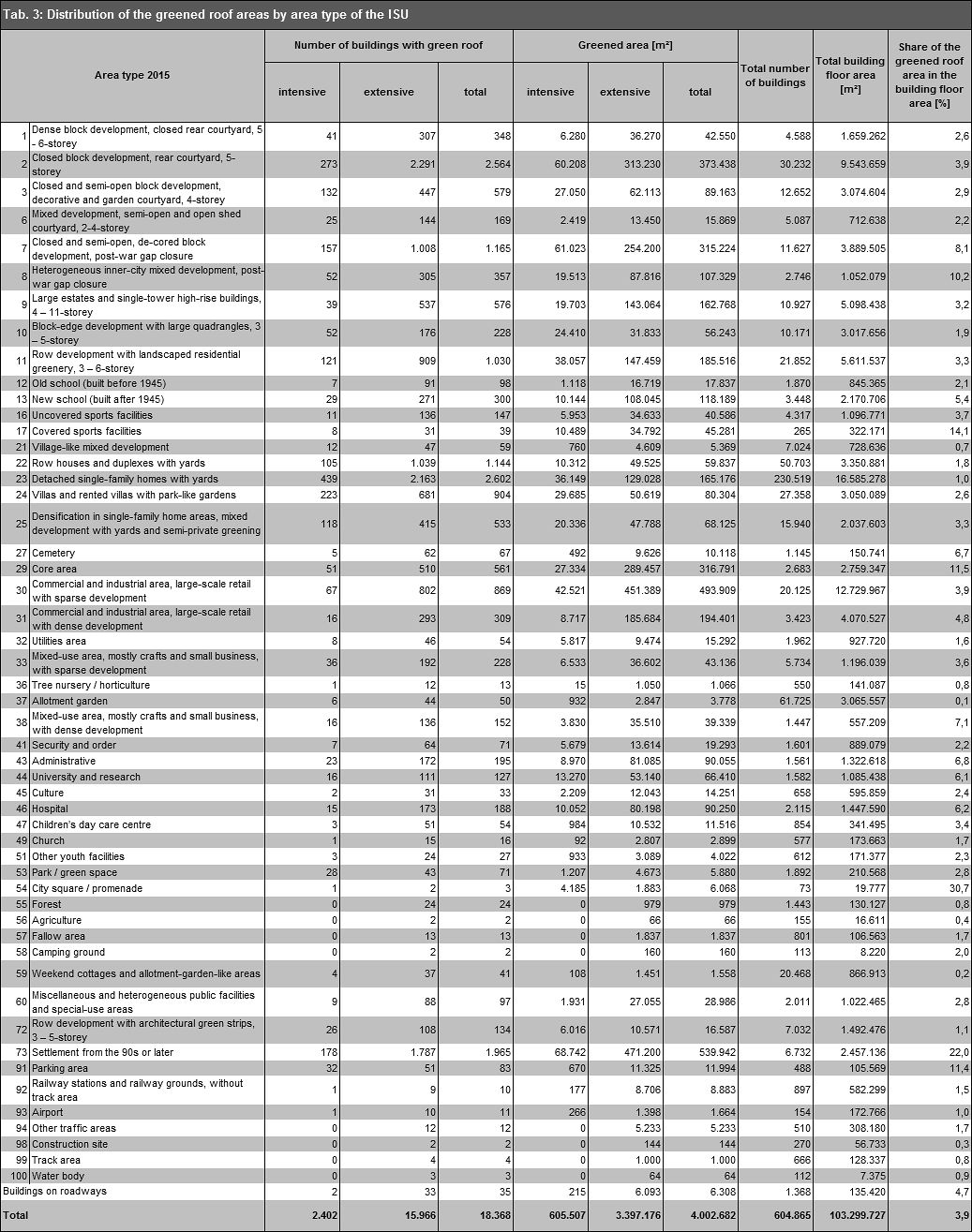 Tab. 3: Distribution of the greened roof areas by area type of the ISU
Image: Umweltatlas Berlin 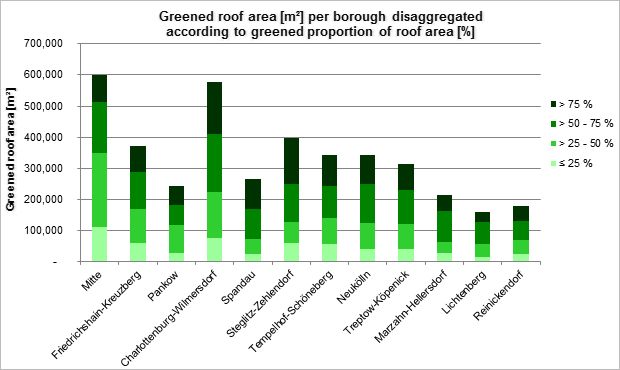 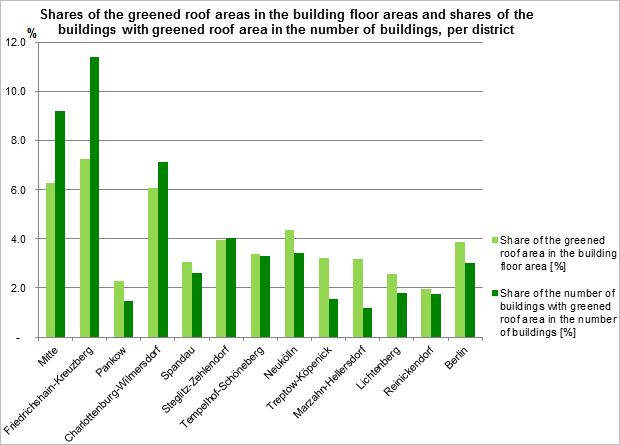 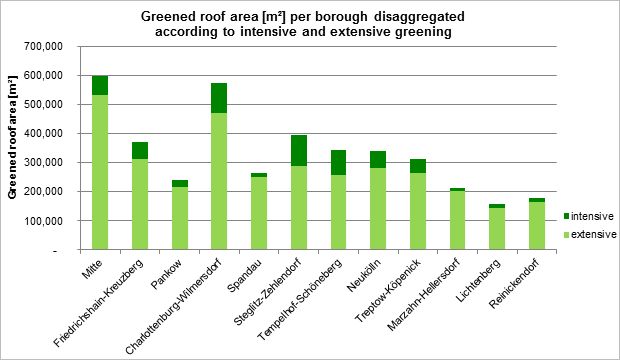