Vulnerability of Groundwater to Pollution 1990

The available statistical bases allow only limited conclusions to be drawn regarding groundwater vulnerability to pollution based on percolation rate. This rate is determined mainly by the geologic structure of the mantle (permeability, porosity) and its thickness (percolation routes, depth).

These two maps are based on different classifications for vulnerability of groundwater to pollution. They cannot be directly transferred or exchanged. Different attributes are used to describe the geologic structure of the mantle over the first groundwater aquifer. There are a range of problems in drawing parallels between the basic classifications, and this can be attempted only with certain limitations (cf. Tab. 2). 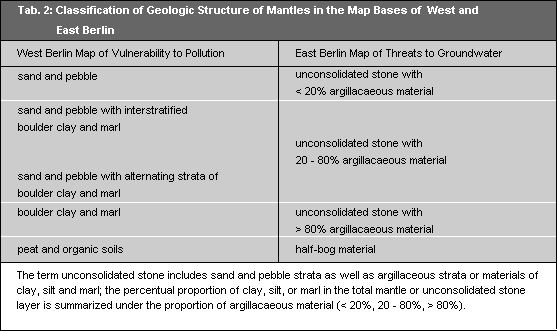 Tab. 2: Classification of Geologic Structure of Mantles in the Map Bases of West and East Berlin
Image: Umweltatlas Berlin

The lack of opportunity to examine the geological bore samples made it impossible to differentiate the 3 classes of vulnerability to pollution used in the East Berlin map. It was also impossible to transpose the different systems used for the mantle. The East Berlin map typifies a mantle of unconsolidated stone with 20 – 80% of argillacaeous material. The West Berlin map gives 2 typifications: a sand and pebble mantle with interstratified or with alternating strata of boulder clay and boulder marl. The map for all Berlin used the mantle classification and the 3-stage evaluation of vulnerability to pollution method of the GDR Hydrogeological Cartography.

The two mantle types used in West Berlin (sand and pebble mantle with interstratified or with alternating strata of boulder clay and boulder marl) were considered equivalent to the mantle type used in East Berlin (mantle of unconsolidated stone with 20 – 80% of argillacaeous material). It is questionable if this may be correct in every case, or if the portion of argillacaeous material might sometimes be under 20 or over 80%.

Preference was also given to the method used by the Hydrogeologic Cartography for reasons of content. The West Berlin map describes the cohesiveness of the mantle only qualitatively (interstratified or alternating strata). The East Berlin map describes the proportion of argillacaeous material quantitatively. This proportion of total mantle thickness is the most important criterium for the evaluation of vulnerability to pollution based on percolation velocity. This velocity is determined by the strata with the lowest permeability. The GDR Hydrogeological Cartography mantle classification method is the more suitable approach for a later differentiation of the 3 classes of vulnerability to pollution. The mantle classification of unconsolidated stone with a 20 – 80% proportion of argillacaeous material is more suitable because of its wide range in registering the proportion of argillacaeous material. This range could be further subdivided, based on more precise strata analyses of bore samples. Much finer increments of the evaluation matrix are possible.

The further differentiation of the endangerment classifications is based on depth to groundwater from the surface.

Neither the development of new water plants after 1980 nor the changes in amounts of existing water suppliers were considered. These would cause changes in groundwater flow patterns, especially groundwater tables.

Discrepancies in depths to groundwater from surface are mainly due to these differences in the statistical base. These discrepancies appear between West Berlin and surrounding areas (especially visible between Spandau and Hennigsdorf to Staaken), and in areas used as security borders around West Berlin.

It should be generally noted that depth to groundwater from the surface is a continually changing value, determined mainly by precipitation and evaporation. Depths are less each spring than they are in the fall, even in years of high precipitation. The variations in depth to groundwater from the surface influence the changing limits of various areas of vulnerability to pollution, but are of less importance for precision.

The East Berlin Map of Threats to Groundwater surveyed areas of half-bog formations only incompletely. The preparation of the map included here did not correct this deficiency.

Figure 1 is a schematic portrayal of a few example combinations of the geological structure of the mantle and depth to groundwater from the surface. They were classified into high, medium, and low categories of vulnerability to pollution. 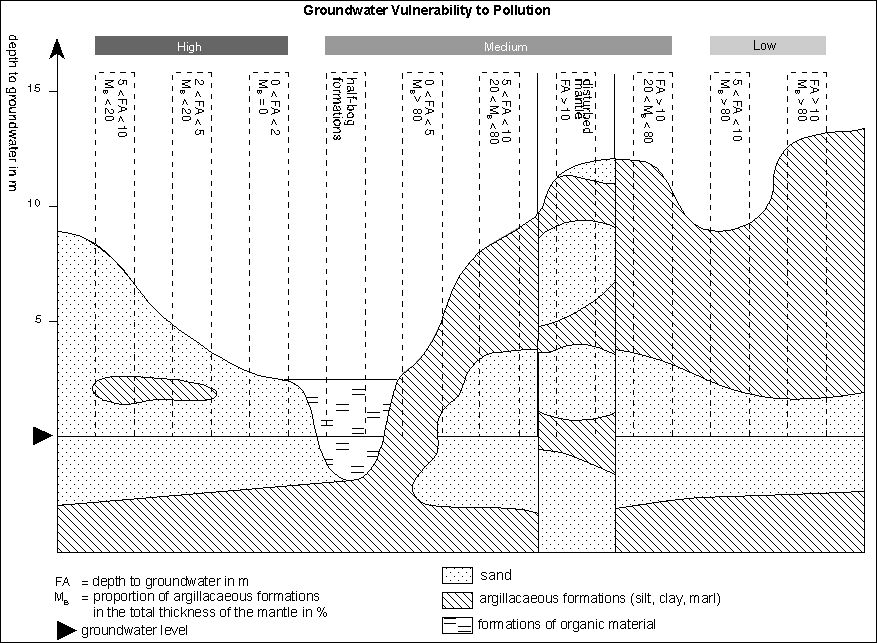 Fig. 1: Schematic Depiction of Different Geological Structures of Mantles, and Depth to Groundwater, with Evaluations of Groundwater Vulnerability to Pollution
Image: Umweltatlas Berlin