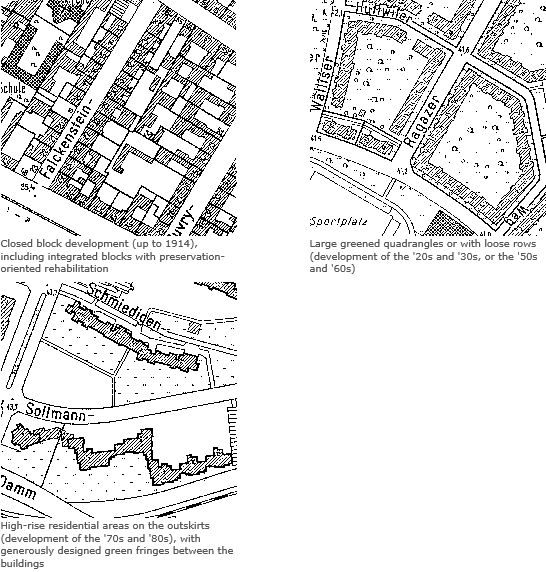 Altogether, approximately 150.000 apartments were built again in Berlin between 1991 and 2000. Approximately 60 percent of all reconstructions were erected as small supplements of the existing structure. Until 1992, the development with prefabricated houses situated in the east part of the city were completed. In the west part, only insignificant supplements were performed in this phase. 1993 to 1997 new suburbs in the outskirts were erected, like for example on former fields in Karow-Nord, as well as in downtown numerous big projects, like the Potsdam place or the government constructions. Since 1997, the housing reconstruction is retrograde in the entire conurbation and reached 2000 again the level of 1991 because of the reduction of finance supports. The construction of single houses is, after a maximum in the east districts and in the conurbation 1998 and 1999, also easily declining. Large parts of the city center with old buildings in the east part of the city were reconstructed by government aid, like almost 80 percent of the settlements with prefabricated houses.