Groundwater Levels of the Main Aquifer and Panke Valley Aquifer 2011

Current Situation in May 2011

In May 2010, too, the potentiometric surface, which has been lowered in Berlin by drinking-water discharge over the past hundred years, was at a relatively high level compared to 1989 (Limberg et al. 2007: pp. 76 et seq.). 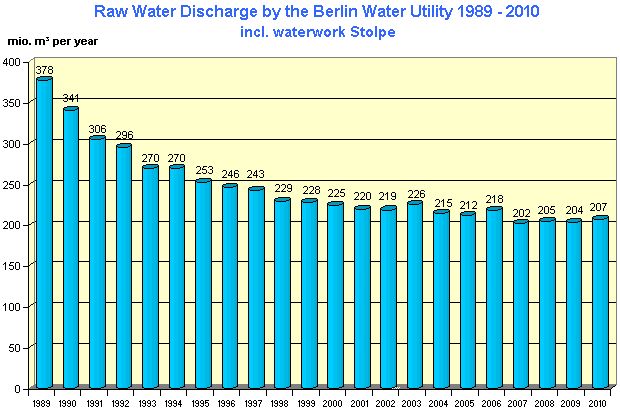 The development of the groundwater levels from May 2010 to May 2011 can be seen in an exemplary manner at four measurement points which are largely unaffected by the withdrawal of water by the waterworks (Fig. 11). 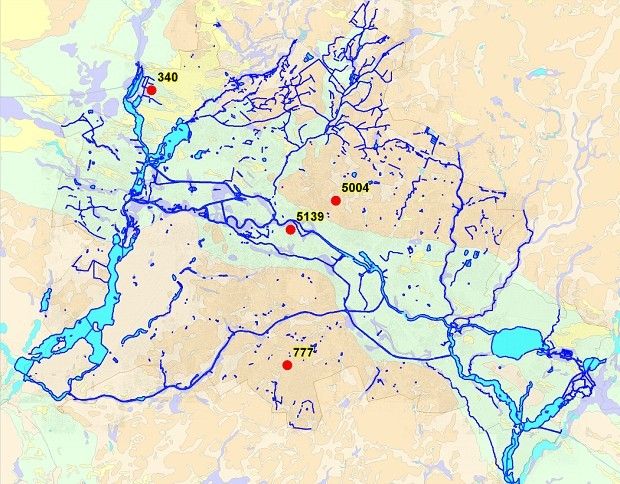 Fig. 11: Four measurement points in an exemplary manner: 340 und 5139 in the glacial spillway , 777 on the Teltow Plateau und 5004 on the Barnim Plateau
Image: Umweltatlas Berlin

The groundwater levels at two measurement stations in the glacial spillway, in the unconfined aquifer, were on May 15, 2011 unchanged (in the case of Measurement Point 5139), or 8 cm lower than they had been on May 15 the previous year (Fig. 12). 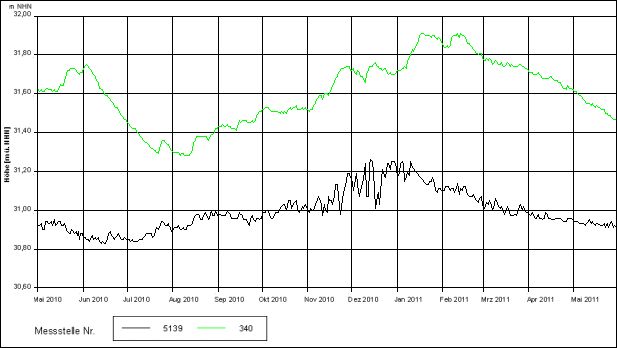 Fig. 12: The groundwater levels at two measurement stations in the glacial spillway on May 2010 to May 2011
Image: Umweltatlas Berlin 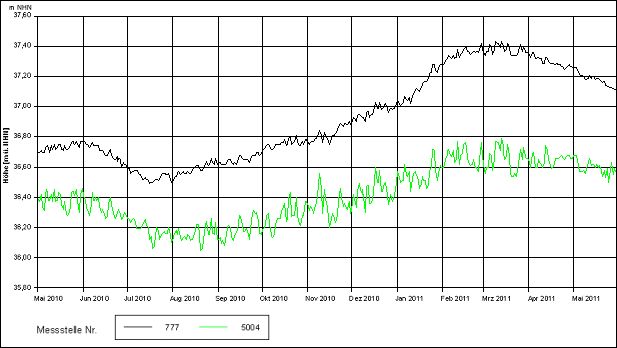 Abb. 13: Groundwater level at two measurement points in an exemplary manner on the plateaus on May 2010 to May 2011
Image: Umweltatlas Berlin

The precipitation at the Berlin-Tempelhof Measurement Point was 54 mm above the long-term mean (1960 to 1990) from June 2010 through May 2011. Above-average precipitation during the months of August, September and November 2010 (Fig. 14) caused the groundwater level to rise considerably during the subsequent winter months(Fig. 12 and 13). Thereafter, the extremely dry spring of 2011 caused the groundwater level in the glacial spillway to drop back almost to its original state. On the plateaus, this process occurred somewhat delayed. The maximum level of groundwater fluctuation during this period at the four measurement points was between 42 and 94 cm (Measurement Points 5139 and 777). 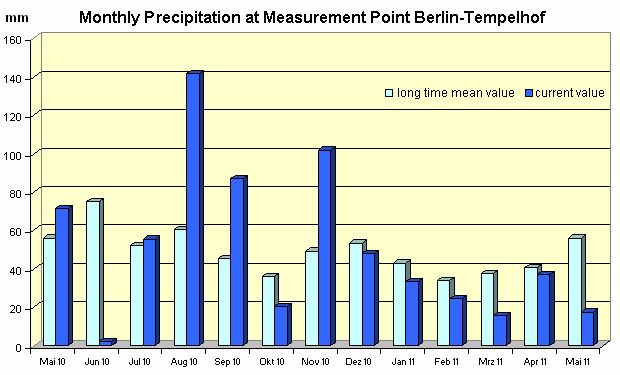 Fig. 14: Monthly precipitation between May 2010 and May 2011 at the Berlin-Tempelhof Measurement Point, compared with the long-term mean, 1961 through 1990.
Image: Umweltatlas Berlin