Groundwater Levels of the Main Aquifer and Panke Valley Aquifer 2008

Current Hydraulic Situation in May 2008

In May 2008, the phreatic surface, which has been lowered in Berlin by drinking-water discharge over the past hundred years, was at a relatively high level compared to 1989 (Limberg et al. 2007: pp. 76 et seq.)and considerably higher than in May of the previous year) (Fig. 10). 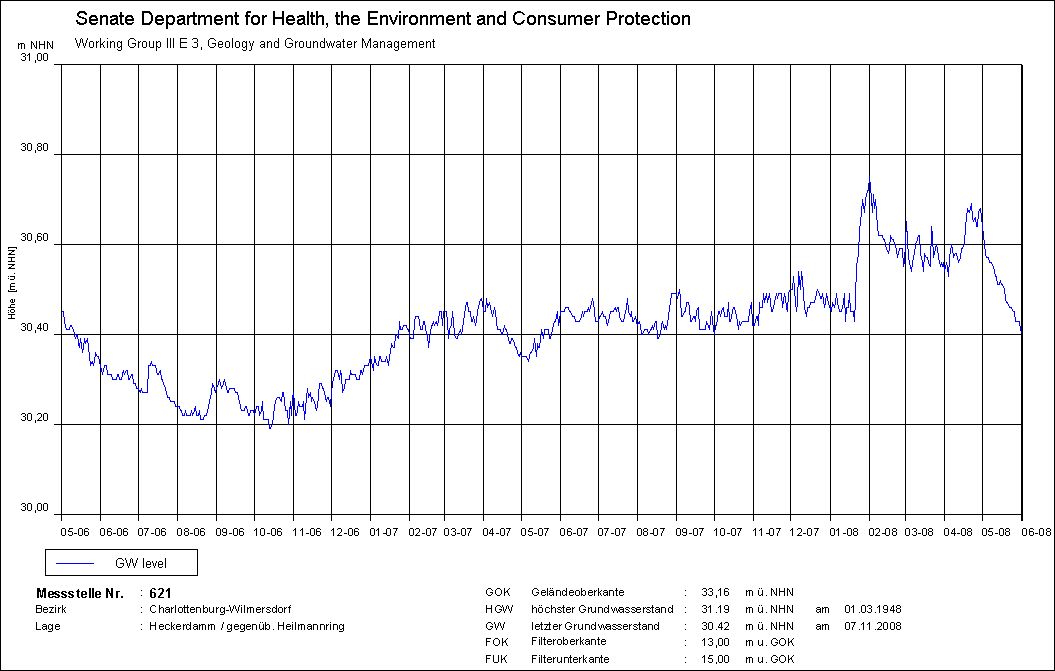 Fig. 10: Hydrographic Curve of Groundwater Levels at a Measurement Point in the Glacial Valley. The very high precipitation in 2007 and particular from the end of january to april 2008 causes a clear increase of groundwater.
Image: Umweltatlas Berlin 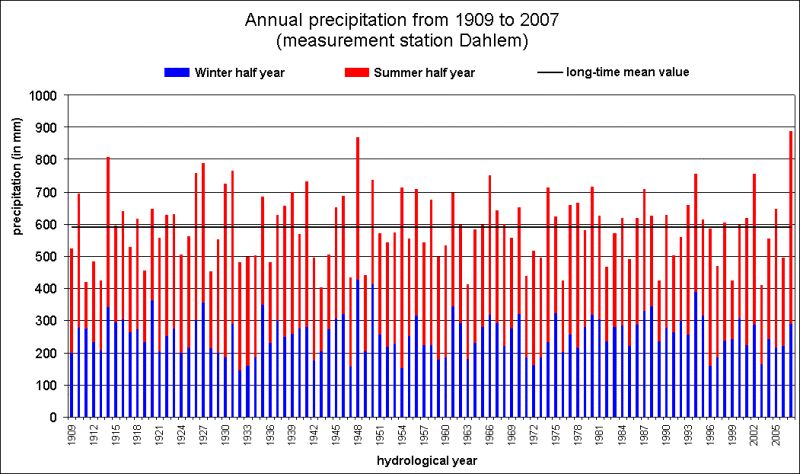 On the other hand the furthermore reduced raw-water discharge by the Berlin Water Utility as a result of the falling needs of drinking and industrial water is responsible for the constant increase of groundwater. Five of the smaller Berlin waterworks (Altglienicke, Friedrichsfelde, Köpenick, Riemeisterfenn and Buch) were shut down altogether between 1991 and 1997. In addition, drinking water production at the two waterworks Johannisthal and Jungfernheide has been discontinued temporarily since September 2001; at the latter, the same has been true for artificial groundwater recharging. However, under the immediate water management measures of the Senate Department for Health, the Environment and Consumer Protection, groundwater is still being discharged at the Johannisthal location, so as not to endanger current local waste disposal and construction measures. Likewise at the Jungfernheide location, groundwater was discharged by the Department through the end of 2005. Since January 2006, a private company has continued this work temporarily.

The overall discharge of raw water by the Berlin Water Utility for drinking water purposes dropped by almost half in Berlin during a period of 19 years. In 1989, 378 million cu.m. were discharged, as opposed to 219 million cu.m. in 2002. In 2003, the discharge briefly increased slightly to 226 million cu.m. due to the extremely dry summer, but then dropped again by 2007, reaching 202 million cu.m. (Fig. 12). 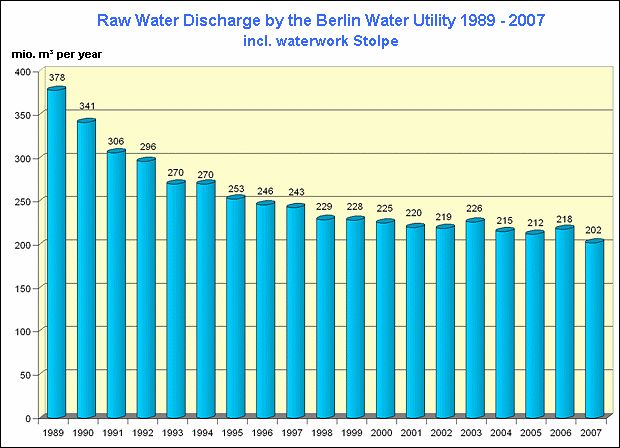