The basic data for the preparation of the groundwater contour map are provided by the Geology and Groundwater Management Working Group of the Senate Department for Urban Development and the Environment. 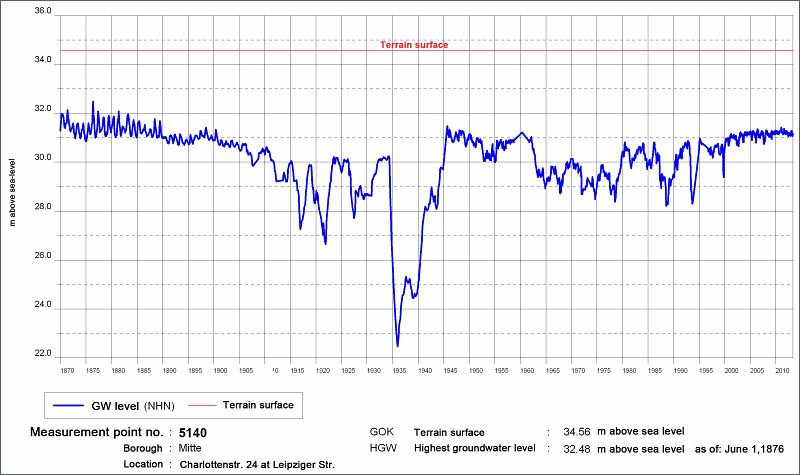 Fig. 9: Hydrographic Curve of Groundwater Levels at a Measurement Point in the Borough of Mitte, since 1870 (The highest groundwater level (HGW) was measured here on June 1, 1876. Since 1905, the groundwater level has been greatly affected by numerous drawdowns.)
Image: Umweltatlas Berlin