All six stations are operated with electronically operated measurement automata that record the temperature at a height of 2m. Further meteorological parameters are measured at all six measurement sites (see the data on the operators’ websites); however, the focus of evaluation of the Environmental Atlas was on the values for air temperature, mainly the temperature values in summer.

The stations were selected mainly due to their long-term measurement series, but due to their location in the municipal area (cf. Fig. 0.1) they are also well-suited for describing various surrounding structures: 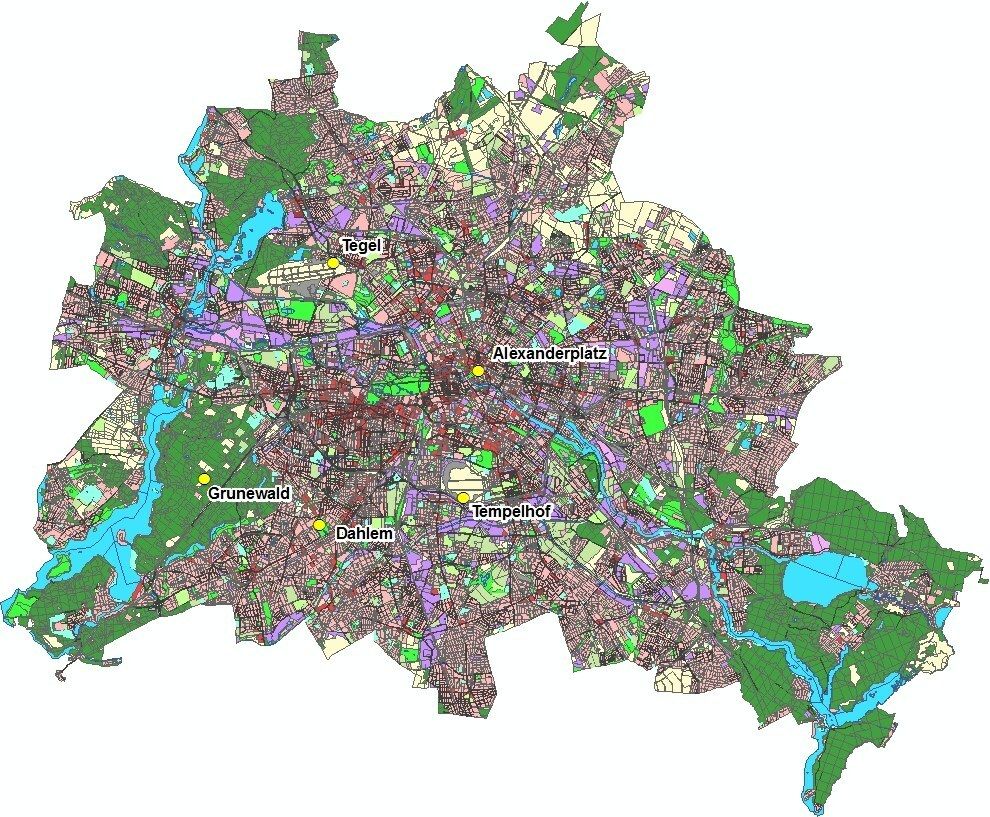 Fig. 0.1: Location of the evaluated Berlin climate stations in the municipal area of Berlin. The measurement sites are marked by yellow circles (the Potsdam station lies to the southwest outside the map section)
Image: GEO-NET 2014