Groundwater Levels of the Main Aquifer and Panke Valley Aquifer 2006

The map basis is the topographical General Map of Berlin, 1:50,000, in grid format, and the new geological outline for the Berlin state area, that was derived from the geological General Map of Berlin and surrounding, 1:100,000. In addition, the appropriate supporting points (groundwater measuring points, surface water levels) as well as the individual waterworks are indicated, with their wells and water conservation areas.

On the Barnim Plateau to the north, an independent coherent bigger aquifer has developed in the Panke Valley. It is located over the main aquifer, which is covered by the glacial till of the ground moraine (see also fig. 7). In the present map, this aquifer is indicated by own groundwater isolines (blue). A spur of the glacial till toward the Warsaw-Berlin Glacial Spillway creates an interlock of the Panke Valley aquifer with the main aquifer there.

As a rule, the groundwater incline such as the floating direction in Berlin is oriented from the Barnim and Teltow Plateaus and the Nauen Plate toward the receiving bodies, the Spree and Havel Rivers.

Depression cones have formed around the wells at the waterworks; during the measurement period, they have sunk the groundwater surface below the level of the neighboring surface waters: Thus, in addition to inflowing groundwater from the shore side, the water pumped here also includes groundwater formed by infiltration (bank-filtered water) from these aboveground waters (see also Fig. 4).

However, in May 2006, the phreatic surface, which has been lowered in Berlin by drinking-water discharge over the past hundred years, was, all in all, compared to 1989 at a relatively high level, as it had been during the previous nine years. The reason for this is the reduced raw-water discharge by the Berlin Water Utility as a result of the falling needs of drinking and industrial water. Five smaller Berlin waterworks (Altglienicke, Friedrichsfelde, Köpenick, Riemeisterfenn und Buch) discontinued their production altogether during the period between 1991 and 1997 were closed during the period between 1991 and 1997: Altglienicke, Friedrichsfelde, Köpenick, Riemeisterfenn and Buch. In addition, drinking water production at the two waterworks Johannisthal and Jungfernheide was discontinued temporarily since September 2001; at the latter, the same was true for artificial groundwater recharging. In the context of immediate measures of water management by the Senate Department for Urban Development, groundwater is, however still discharged at the location Johannisthal, so as not to endanger current local waste disposal and construction measures. Likewise at the location Jungfernheide groundwater has been discharged by the Senate Department for Urban Development until the end of 2005. Since January 2006 a private concern continues this work. 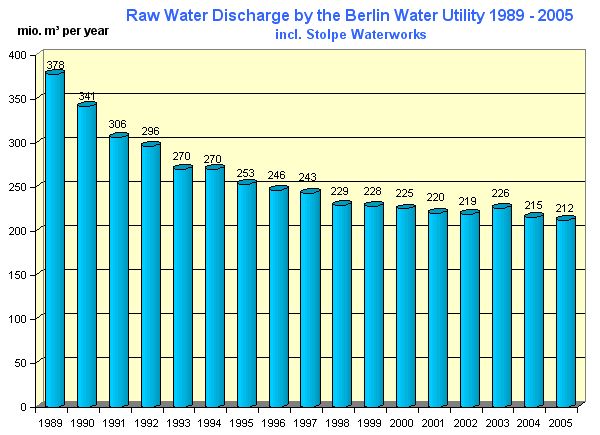 Fig. 9: Drop in Raw-Water Discharge by the Berlin Water Utility during the Past 17 Years
Image: Umweltatlas Berlin