The following steps were taken to evaluate the precipitation distributions for the purpose of the Environmental Atlas (cf. Figure 2): 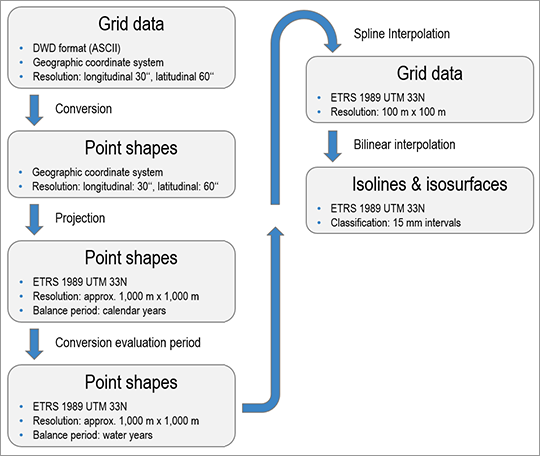 Fig. 2: Diagram of how the multi-annual mean grids of precipitation are processed for Berlin, 1981-2010
Image: ProAqua using statistical base from DWD 2018

Precipitation data serves as an important base for water balance analyses. The latter is usually balanced according to the water year (discharge year, hydrological year), starting on 1 November. This classification is used as late autumn and early winter precipitation is stored as snow or ice. It does not run off until the following spring.

Technically, the REGNIE data is grid data. According to DWD documentation, however, the precipitation data should be considered point data, which refers to the centre of each grid cell (grid point). Precipitation is a physiographic process. Its distribution is continuous and steady. Therefore, the transitions between the different precipitation data points in the individual grid cells should also be gradual. To this end, the source data (1 km x 1 km resolution) was interpolated to a resolution that is ten times higher, i.e. 100 m x 100 m. A Spline interpolation of the type “Tension” with a weight of 1 and a search radius of 4 points was chosen as the interpolation method (cf. ESRI 2019a). This method is a good compromise between smoothing values on the one hand and representing the original values in the grid points as accurately as possible on the other.