Groundwater Levels of the Main Aquifer and Panke Valley Aquifer 2004

On the plateaus, the main aquifer is extensively covered by the glacial till and bolder clay (aquitards) of the ground moraines. Wherever the piezometric surface of the main aquifer lies within this aquitard, groundwater conditions are confined. This may at times result in the formation of perched groundwater in sandy areas above the glacial til (see also Fig. 3). It may ascend to the surface after extreme precipitation.

Depression cones have formed around the wells at the waterworks; during the measurement period, they have sunk the groundwater surface below the level of the neighboring surface waters: Thus, in addition to inflowing groundwater from the shore side, the water pumped here also includes groundwater formed by infiltration from these aboveground waters (bank-filtered water) (see also Fig. 4).

However, in May 2003, the phreatic surface, which has been lowered in Berlin by drinking-water discharge over the past hundred years, was, all in all, compared to 1989 at a relatively high level, as it had been during the previous eight years. The reason for this is the reduced raw-water discharge by the Berlin Water Utility. Five smaller Berlin waterworks (Altglienicke, Friedrichsfelde, Köpenick, Riemeisterfenn und Buch) discontinued their production altogether during the period between 1991 and 1997 were closed during the period between 1991 and 1997: Altglienicke, Friedrichsfelde, Köpenick, Riemeisterfenn and Buch. In addition, drinking water production at the two waterworks Johannisthal and Jungfernheide was discontinued temporarily since September 2001; at the latter, the same was true for artificial groundwater recharging. In the context of groundwater management by the Senate Department for Urban Development, groundwater is, however still discharged at both locations, so as not to endanger current local waste disposal and construction measures. 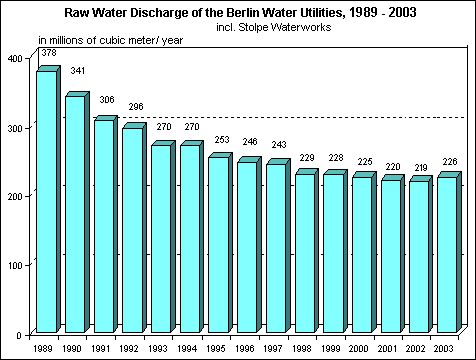 Fig. 9: Drop in Raw-Water Discharge by the Berlin Water Utility during the Past 15 Years
Image: Umweltatlas Berlin