The map shows the green spaces countable as usable (green), forests (pale green), and residential blocks, shaded to indicate their degree of supply with green space (see matrix in the legend). The bodies of water are shown merely for purposes of information.

The total area of usable near-residential green spaces with recreational potential still varies greatly among the Berlin boroughs. The smallest area is available in the borough of Friedrichshain-Kreuzberg, with 122 ha, followed by Charlottenburg-Wilmersdorf with 202 and Tempelhof-Schöneberg with 214 ha. By contrast, the borough of Spandau, with a total area of 659 ha of green space, has the best availability of green space of any Berlin borough, followed by Marzahn-Hellersdorf mit 614 ha. 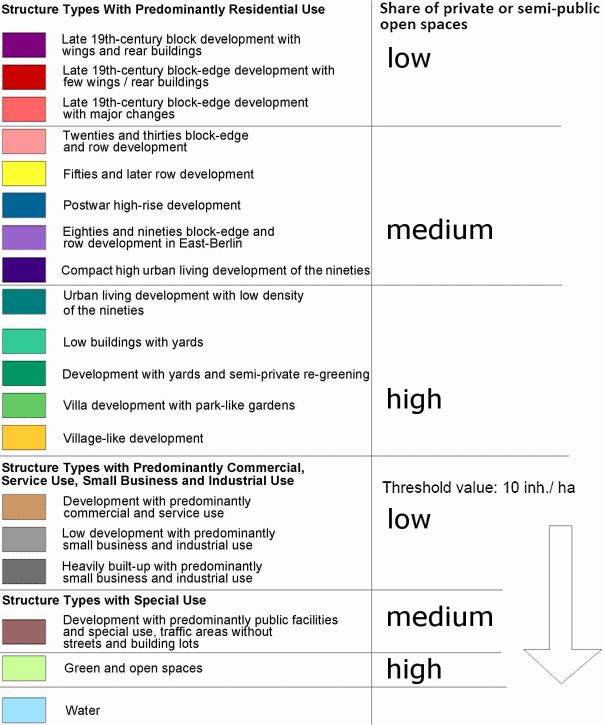 Fig. 2: Shares of Private and Semi-private Open Space of the Section Types from the Environmental Atlas
Image: Umweltatlas Berlin 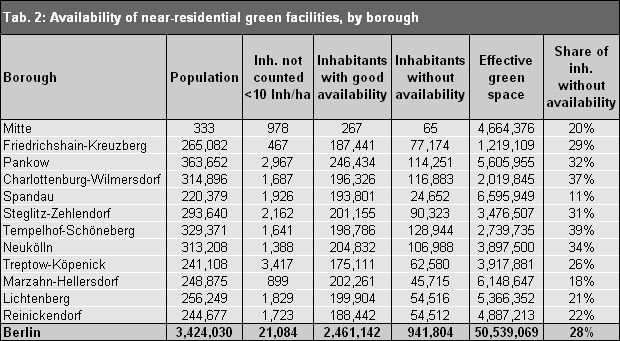 The table shows the populations of the boroughs of Berlin as used for the calculation process; their total populations; the residents not considered, i.e., in the blocks below the threshold of 10 inh./ha; those with good availabilty of green space; and those with no available green space.

The methodological change undertaken since the 2009 Edition to no longer classify major roads as impassable barriers, has led to an upgrading of many downtown areas close to large parks (examples: the residential area at the Hasenheide Public Park, the Treptow Park, the Viktoria Park or the Weissensee Park).

The shut-down of Tempelhof Airport and its tranformation to a green facility for the adjacent residential blocks has provided an upgrade of green space availability in that area, compared to the 2009 Edition.

In the outlying boroughs, the situation is generally better. The available green spaces are frequently large; in some cases, forest areas are directly adjacent to residential areas. Due to the less dense development structure, the population density is obviously low.