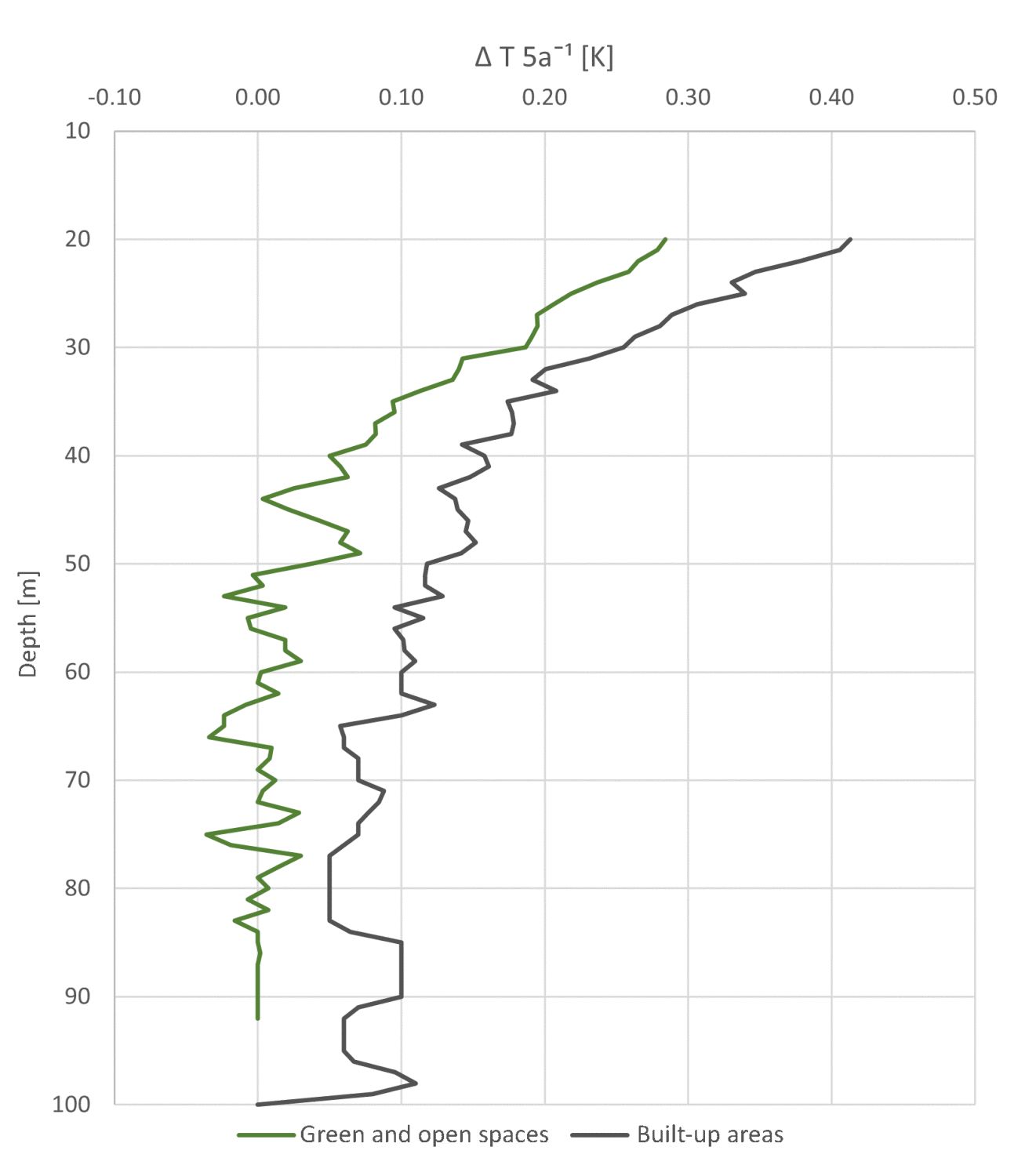 Fig. 5: Comparison of the mean temperature change in five years, for green and open spaces and built-up areas, based on the measurement series from 2015 to 2020
Image: Mathée H. K. 2021

In order to obtain a comprehensive overview of the temperature distribution in the subsoil, an inverse distance weighted (IDW) interpolation was carried out subsequently. With the help of this deterministic interpolation method, surfaces are generated using measured points based on the degree of similarity. To be able to use this method, the variable of groundwater temperature needs to be regionalised, i.e., it should be dependent on its location. Neighbouring points of a regionalised variable, for example, are typically more similar to each other than they are to points that are further away.

In the case of temperature measurements, however, this is true only to a limited extent, as local climatic conditions near the ground influence the temperature distribution in the layers just below the surface and increasingly also in the deeper layers of the subsoil. In some cases, it has been observed that the temperature changes are confined to very small areas. Furthermore, it has been established that existing temperature measurement sites, especially those that access the deeper subsoil at depths of more than 50 m, are not evenly distributed across the State of Berlin. In some cases, measuring points that access the deeper layers are more than 5 km apart.

When developing the map, measurement points that were largely unaffected by the influence of local temperatures were therefore selected. This is especially important for urban developments, such as that of the State of Berlin, where the distribution of building structures varies greatly and where pervious green areas and highly impervious urban areas alternate often. The temperature distribution in the subsoil is more homogeneous in a rural environment, however, due to less variable surface conditions that impact on the local climate and therefore the near-surface temperature conditions in the subsoil. It should be noted that temperatures recorded by a measurement point in the urban area often reflect conditions within a radius of a few 10 to 100 metres of the measurement site. Potential small-scale temperature changes in the near-surface subsoil may therefore not be recorded, which may render temperature isolines rather inaccurate.

It is important to note that, due to the spacing of the measurement points, not all spatial structures at the surface and in the subsoil could be recorded, and thus taken into account in terms of their effect on temperature conditions. Measurement points that represent small-scale temperature anomalies were therefore largely removed before interpolation.