Because the questions previously described remain unclear, the scale for the all-Berlin groundwater contour map was changed. Instead of the 1:50,000 scale used in the Gewässerkundlichen Jahresbericht (Hydrological Annual Report), groundwater contours are depicted at a scale of 1:125,000.

The contour maps of near-surface groundwater were produced with a computer-aided method for the spatial interpolation of point scattered initial data. The process for preparation of contour line-drop maps (SCOP) connected to the Berlin environmental information system served as methodological instrument. A linear function with a basic grid of 700 m was chosen as base function.

Observation wells for a sufficiently dense and regularly distributed data network were selected according to the following criteria: 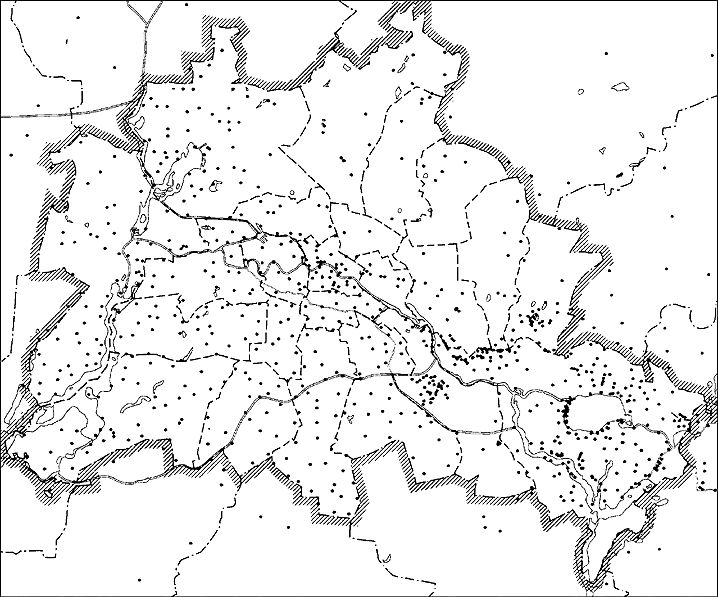 The following time periods were selected for depiction:

The month of May (end of winter) gives the time period of comparatively higher groundwater levels in the course of the water management hydrographic year (November-October).

The depiction of observation well levels of groundwater can be misinterpreted very easily in areas where groundwater may be confined under and pressing against a thick, impermeable or semi-permeable marl mantle. Groundwater may climb through the drilled mantle, up the pipes of the groundwater measuring station, up to the measured gauge level. These areas were therefore separately classified on the basis of available knowledge.