The areas present only the catchment area of groundwater formed by percolation of precipitation. Water brought in by running waters originates in other catchment areas and is not observed here. Estimated bank-filtered water and groundwater recharge proportions in the total operations of waterworks are found in Table 3. 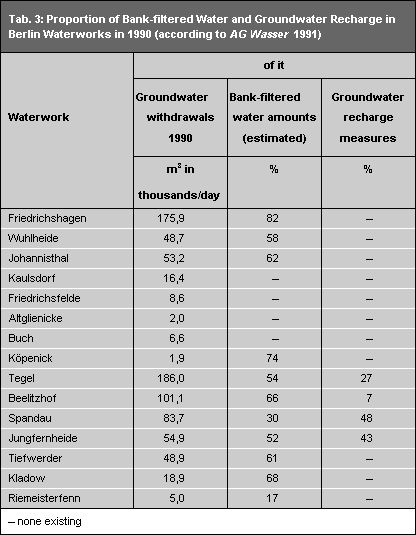 Tab. 3: Proportion of Bank-filtered Water and Groundwater Recharge in Berlin Waterworks in 1990
Image: according to AG Wasser (Work Group Water) 1991

A reversal of natural flow directions because of anthropogenic intervention has also occurred around other galleries which withdraw groundwater as bank-filtered water (the galleries at Müggelsee, Langen See, both sides of Tegel lake, and the Havel). Groundwater does not flow towards the surface waters, but rather away from them. It flows towards the galleries.

The map shows on the whole that the entire city can be seen as a catchment area for the Berlin waterworks. Most of the catchment areas extend beyond the city limits into the state of Brandenburg.