Dwell Time of Seepage Water in the Non-Saturated Zone 2003

The present map shows the dwell time of the percolation water in the groundwater overburden derived according to the represented method for the nearest-to-surface water-carrying aquifer from the factors depth to groundwater, structure of the surface overburden, and the new groundwater formation, and can be seen as a measure of intrinsic pollution sensitivity. It should be noted here that, due to the scale of the data bases of 1:50,000 (see above), this map is primarily suitable for large-scale spatial observations. For a precise assessment of specific sections, detailed investigations are necessary.

General Description of the Pleistocene Formations

During the last epoch of the Tertiary (the Pliocene), a strong cooling of the area around the North Pole marked the transition to the Ice Age (Pleistocene). Heavy precipitation in Scandinavia led to the formation of glacial flows, which moved southward, eroding the existing surface and carrying large quantities of rock material with them. In Northern Europe, three great glacial advances, separated by warmer periods, can be identified – the Elster, Saale and Vistula glaciations. The retreat of the ice was made possible by melt-offs caused by climate warming. The following landscape elements were shaped by the phases of advance and retreat of the ice:

Ground moraine: Rock material remolded at the base of the glacier; an unsorted mixture of clay, silt and sand (glacial till, debris loam) and non-remolded boulders (bed-load in the glacial till mass). The fine-grained portion (silt, clay) generally reaches weight proportions of from 20 % to more than 60 %. The deposit of the material occurred at the melt-off of the glaciers.

End moraine: Formed by coarse rock material (boulders) transported in front of the ice; when the re-supply and the melt-off of the ice reaches a balance (standstill of the inland ice periphery), the deposit of frequently coarse block packets of Nordic rock material, and also of gravel and sand and to some extent also of clayey material occurred. The deposit occurred at the front edges and the peripheries of the glaciers.

Outwash: Gravelly and primarily coarse and medium-sandy material which was deposited in front of the glacier and washed out of end moraines by melt-off water (it originates from the ice edge, and also from the glacial surface).

Glacial spillway: Runoff area of the melt-off water. Sands of different granulations are generally common; generally finer-grained than in outwash areas. During the warmer postglacial periods, materials with high organic contents were frequently deposited in the valleys (gyttja and peat).

During each of the three great glacial advances, several phases of advance and retreat occurred (e.g. during the Vistula glaciation, three major phases are distinguished: the Brandenburg, Frankfurt and Pomeranian phases), with the above-described glacial sequence. This has resulted in several overlapping glacial sequences, with the corresponding landscape elements.

The splitting of the glacier into many glacial flows with corresponding sequences caused an additional nesting of glacial forms, so that in areas with small-scale glacial landscape elements, it is often difficult to assign the formations with genetic certainty.

Especially the ground-moraine landscape is subdivided even more strongly. The melt-off activity of the water resulted on the one hand in lakes of various forms, and on the other in various deposits of rock material contained in the ice. The runoff of melted water in the ice crevices of the glacier created deep, narrow finger lakes (e.g. the Grunewald lakes, the Havel lakes); long-drawn, often broad and deep, tongue-basin lakes originated from the erosion activity of former ice tongues of the inland ice. Melting dead ice floes (blocks of ice detached from the melt-off inland ice) created water-filled depressions (kettle-holes, pools) with no runoff. Rocky material (sand, gravel, boulders) from intraglacial streams and pothole structures, which remained on the ground moraine at the melt-off of the ice, formed eskers and kames (stratified sand and gravel deposits in ice crevices and rubble hills). The moving ice passed over older, already mature sediments, thus creating drumlins (elliptical rubble hills with a core of glacial till).

These different geological formations have different grain sizes and compositions. Very different capillary capacities and water conductivities result. On the one hand, these affect the capillary capacity (and hence the storage capacity) of the groundwater overburden, and also the new groundwater formation (see Map 02.13.5) and the depth to groundwater (unconfined predominantly sandy valley areas, confined glacial till plateaus). The dwell time of the percolation water is closely connected with the distribution of these formations.

The dwell times calculated according to the BTU method range from more than 200 years to less than one year, and vary considerably by location.

Fig. 2 shows the area shares of the different dwell-time categories. According to the different area shares, two maximums can be distinguished, one in areas with dwell times between 3 and 10 years, with a generally high pollution sensitivity of the groundwater; and the other in areas with dwell times of more than 25 to 100 years, which have less pollution sensitivity of the groundwater. These represent the two main geological morphological structures in the Berlin area: the valleys and lowlands (the Berlin glacial spillway and its side valleys, like the Panke valley); and the plateaus (the Barnim and Teltow ground moraine areas, the kames formations of the Havel Hills). 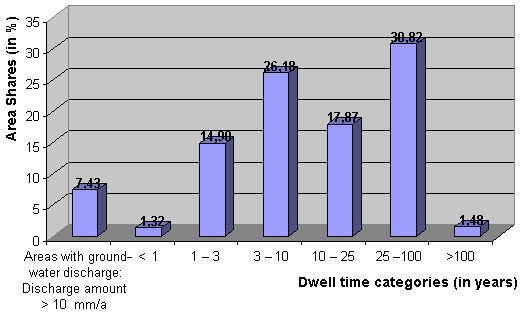 Fig. 2: Area shares of the dwell time categories for the State of Berlin
Image: Umweltatlas Berlin

In the lowlands, in areas of particularly low depth to groundwater (<1,5 m), the annual water balance yields groundwater discharge in many cases, i.e. in the summer months more water is withdrawn from the groundwater by plants and evaporation than flows into it in the entire year through percolation to form new groundwater. These areas must be classed as very sensitive areas, due to their shallow depth to groundwater. Moreover, some ecologically significant wetlands are found here.

Dwell times of between >20 years to 100 years were calculated for the Barnim and the Teltow plateaus, and the Havel Hills. Here, the protection function of the groundwater overburden must be considered generally high. In sections of the Teltow plateau, immediately east of the Teufel Lake – Pech Lake – Bars Lake glacial stream running northeast to southwest, shorter dwell times of between 5 and 15 years occur, which mean greater pollution sensitivity.

Dwell times of > 25 years have been ascertained for the areas with cohesive, silty-clayey material structures in the Barnim and the Teltow plateaus, but also for the areas of the Havel Hills and the Nauen plate, which, according to the geological map, are largely covered with sands. The long dwell times in the sandy areas are on the one hand caused by the very great thicknesses of the groundwater overburden. The results, despite high sand contents of the groundwater overburden, are high to very high (overall) capillary capacities. On the other hand, the soil category of sands can overburden a broad range of capillary capacities, depending on granulation (11 % to 24 %). Mean capillary capacities of in general more than 20 % were ascertained for these areas of the plateau sands by means of evaluation of the stratification from drillings. This indicates a dominance of fine sands and fine-grained medium sands. The dwell times in these areas are therefore easy to explain, due to the high depth to groundwater and the actual lithological conditions.