A statistical base was provided by the results of 97 precipitation monitoring stations for Berlin and the surrounding countryside, operated by the Freie Universität or the German Weather Service (cf. Schlaak 1991 and Deutscher Wetterdienst 1992 and cf. Fig. 2). 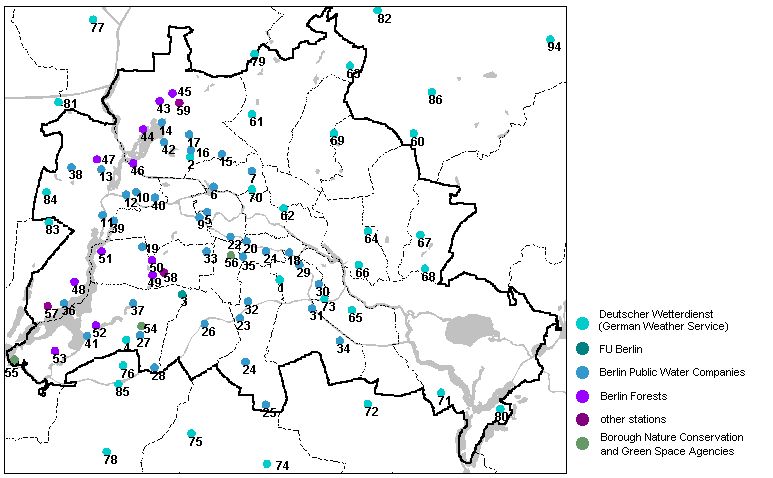 All monitoring stations provided average monthly precipitation values over a 30-year period. West Berlin values are derived from monthly precipitation quantities from 1961 to 1990. Values in East Berlin and the surrounding countryside were calculated from the years 1951 to 1980. This difference had to be accepted, since a uniform data base could not be created. Several monitoring stations provided values for both time spans. Differences resulting from the varying length of observation periods proved to be negligible (cf. Methodology).

Only limited stationary time series were available from some stations in East Berlin and the surrounding countryside. Converted values for the observation period 1951 to 1980 were made available from the Deutscher Wetterdienst.