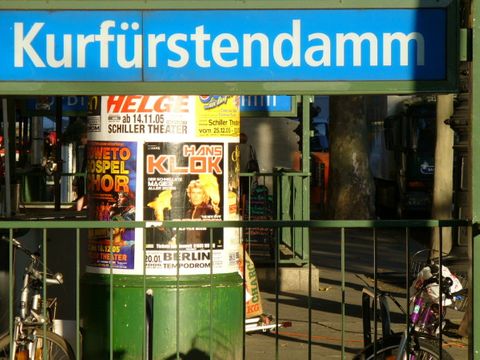 On 1 January 2001 the former Berlin districts of Charlottenburg and Wilmersdorf were combined to form the new Charlottenburg-Wilmersdorf district with some 315,00 0 inhabitants. This is the city district of Berlin’s west with the Kurfürstendamm as the vibrant centre. But the district has far more to offer from the Gedächtniskirche to the Teufelsberg, from Havelstrand to the Technical University, from the Olympic Stadium to the Horst-Dohm Ice Stadium, from Charlottenburg Palace to the Volkspark Wilmersdorf, from the German Opera to the Schaubühne, etc. 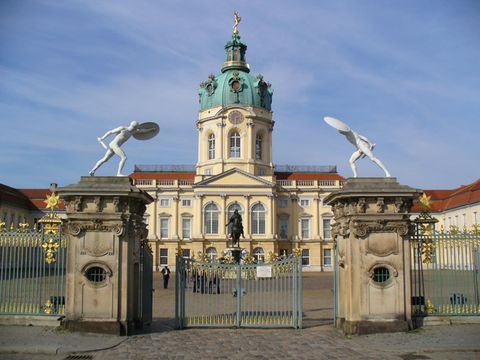 The village of Lietzow was first mentioned in 1239 as Lucene. It acquired special significance due to the construction of Lietzenburg Palace from 1695. Elector Friedrich III, the later Prussian King Friedrich I, gave the municipality of Lietzow and the region to his wife Sophie Charlotte as a present to build a summer residence. South of the palace a small settlement of palace servants was erected along today’s Schloßstraße. After the premature death of the Queen, the palace and the settlement were renamed as Charlottenburg in 1705. The King allows bestowed city rights on the settlement in 1705. In 1720 the village of Lietzow became a part of Charlottenburg.

As of 1878 an important scientific and technical centre was created in the Technical University, today’s University of the Arts in Charlottenburg, the company Firma Siemens and other institutes.
At the end of the 19th century a city developed in Charlottenburg and Wilmersdorf with the extension of the Kurfürstendamm to a metropolitan boulevard which soon became vibrant competition to the old Berlin city centre Unter den Linden and on Friedrichstraße. The mixture of culture, commercial activities and gastronomy with a simultaneous high amount of generous flats in the young metropolitans of Charlottenburg and Wilmersdorf became one of the main attractions in the greater Berlin within just a couple of years. In 1896 the Theater des Westens was built, in 1907 the Schiller Theater and the Kaufhaus des Westens, in 1912 the Opera House which was destroyed WWII and on the site of which the Deutsche Oper Berlin was reopened in 1961. 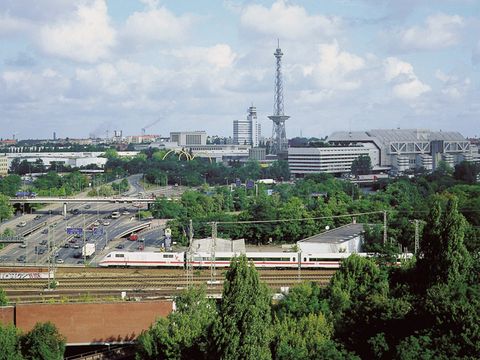 In 1920 Greater Berlin was formed, Charlottenburg and Wilmesdorf became Berlin districts. In the 1920s “Berlin W” experienced its preliminary heyday as the western city of Berlin surrounding the Kurfürstendamm in Charlottenburg and Wilmersdorf as city branch and internationally famous promenade: modern cinemas, theatres, cabaret stages, revues, dance cafés and chic shops attracted tourists and Berliners to the western city. If you wanted to experience the historical Berlin, you had to go to the Alexanderplatz and stroll across die Linden to the Brandenburg Gate. If you wanted to see the contemporary, quirky, international Berlin on the pulse of the time, you looked for it “around the Gedächtniskirche”; as one of the popular revues was called at the time. For the American writer Thomas Wolfe the Kurfürstendamm was at the time “Europe’s biggest café”. 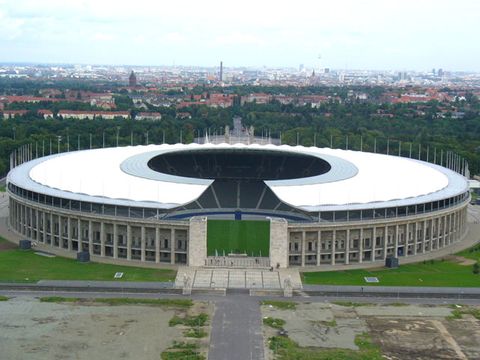 But the Berlin’s new districts of Charlottenburg and Wilmersdorf were not only the western city. They also included upmarket colonies of villas, such as Westend and Grunewald, leafy middle-class residential areas, such as in Schmargendorf, in the Rheingau district around the Rüdesheimer Platz, in Eichkamp or along Heerstraße, but also contemporary residential settlements such as Siemensstadt. It also included large arbour colonies and a large part of the Grunewald, a famous destination for all Berliners.
It included the trade fair premises with the radio tower opened in 1926, Avus, Germany’s first car racing track to be built in 1921, and the Olympic Stadium planned for the 1936 Olympic Games. 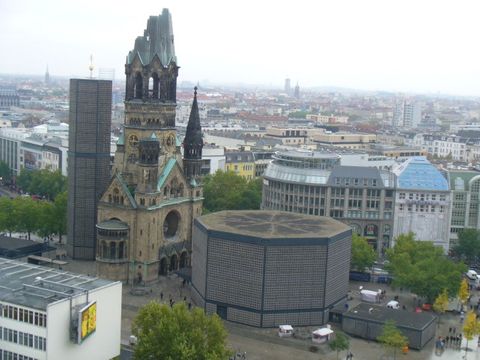 National Socialism destroyed a lot, especially by displacing and murdering the Jewish population. Charlottenburg and Wilmersdorf were the two districts with the highest Jewish population from the 1920s. Many Jews made a huge contribution to the international flair of Berlin’s west as entrepreneurs, artists, intellectuals, writers and patrons. After the destruction of the inner bases of this success story, many valuable buildings were also visible destroyed in WWII. As a memorial against war, the bombed out tower of the Gedächtniskirche testifies. 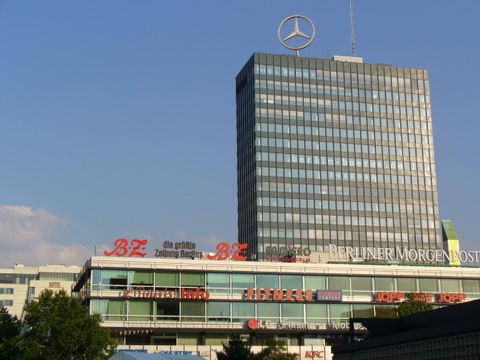 A result of the removal of the ruins after WWII, the Teufelsberg can be seen from afar with 115 meters as high as highest natural hill in Berlin, the Müggelberge in Köpenick. New residential areas were erected, in 1958 the Le-Corbusier House, in 1960 the Paul-Hertz estate and in 1982 the spectacular city motorway development on Schlangenbader Straße.
With the separation of the city, the former city branch became the new city of West Berlin, to the “Gate to the West”. New landmarks were built, such as the Europa-Center and the Internationales Congress Centrum ICC. 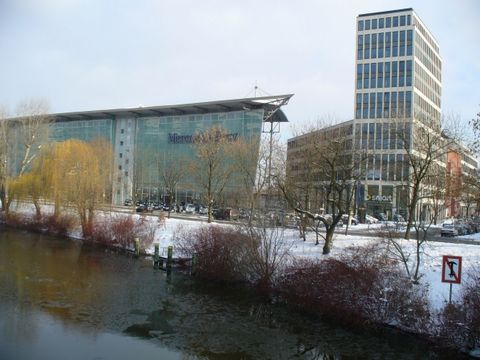 Since the Wall came down in 1989, there has again been great competition between Berlin’s various centres, and it is this variety of Berlin which is the beauty of the city. City west has consistently been modernised since 1990 and important new developments have been constructed in Charlottenburg-Wilmersdorf – in the Spreestadt between the Landwehrkanal and the river Spree even a new district which connects to Charlottenburg’s tradition as an economic and scientific centre. As of 2009 a huge wheel at Bahnhof Zoo will additionally attract tourists.
But it already goes today: if you know the western city, you by no means know the Charlottenburg-Wilmersdorf district. It has a lot more to offer – from the Waldbühne to Bar jeder Vernunft, from the Grunewaldturm to Museum Berggruen, etc.