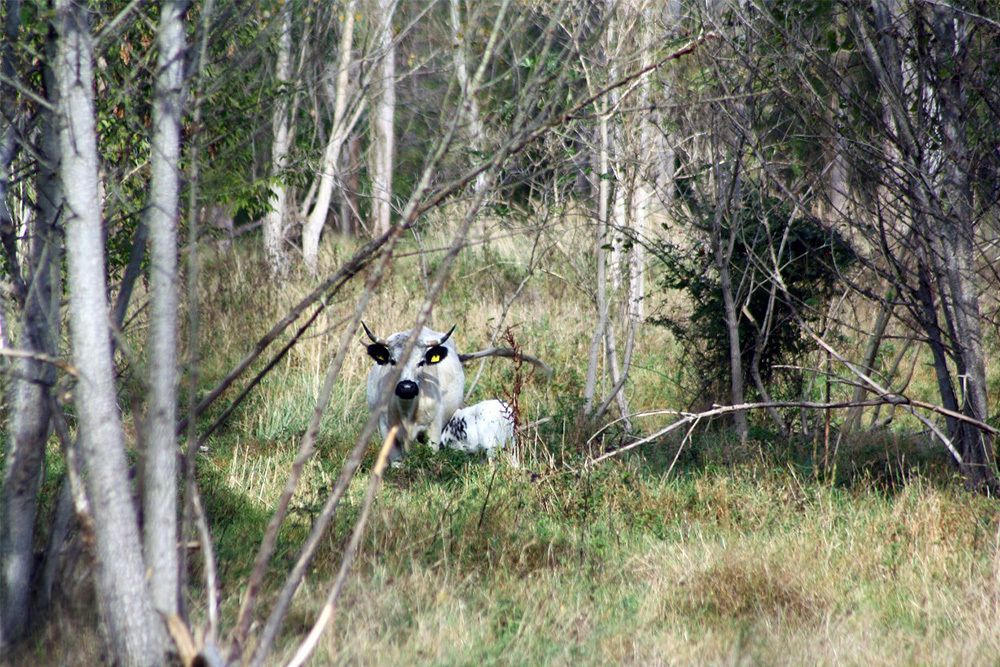 Since 2011 the Hobrechtswald has been the location of the largest woodland pasture project in Germany. Semi-open woodland has been growing on the former waste water works since the end of the 1980s. Extensive areas of woodland pasture are maintained in large fenced, but generally accessible, meadows with robust breeds of cattle and horses.

The Berlin Forestry Commission Berliner Forsten has created the spacious woodland pasture areas with their population of cattle and horses to sustain the semi-open and diverse woodland landscape. Visitors can get a rough impression of how the landscape would previously have developed under the influence of large grazing mammals. A number of pasture areas can also be accessed via marked gates.

Diverse hardy breeds of cattle such as Scottish Highland and Galloways live in the Hobrechtswald. In addition, horse breeds such as Koniks and Norwegian Fjord horses have also been introduced. These robust grazing animals stay outdoors the whole year round and feed mostly on grasses and herbs, as well as twigs from shrubs and trees.

The grazing of cattle and horses helps to maintain and nurture the special semi-open landscape of the Hobrechtswald, which is also a habitat for many rare and protected species.