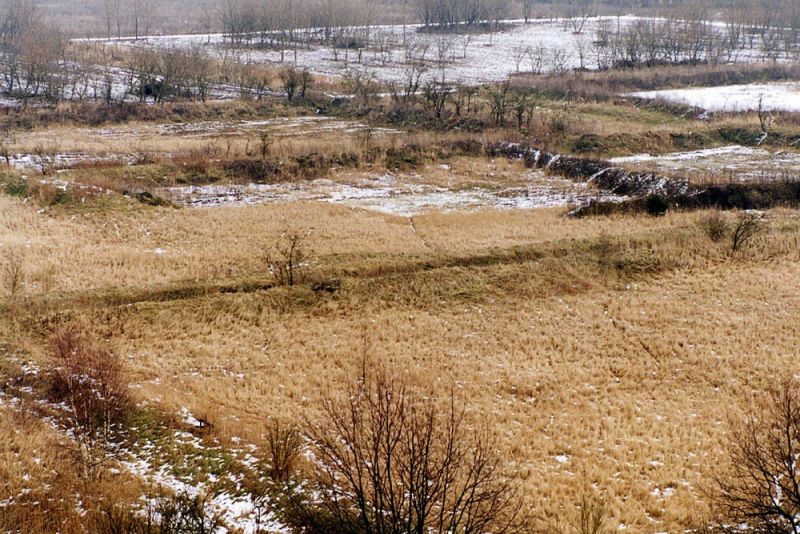 Transforming the landscape into a recreational forest

In the past, the area around Hobrechtswald was characterized by pine forest, farmland and marshes. Some areas were used for agricultural purposes, and the low-lying “Lietzengraben” area was used as grassland from the end of the 18th century. In the 19th century the waste water works were created on the outskirts of Berlin in order to solve the problems of waste water disposal and the associated unhygienic conditions in the growing metropolis.

Despite the continual processes of intervention, destruction and transformation that have been taking place since the 19th century, and which have profoundly changed the appearance of the area, nowadays the Hobrechtswald has become an important recreational area in the north of Berlin, thanks to the tireless efforts of the Berlin Forestry Commission Berliner Forsten.

The advantage of the waste water works was the idea that wastewater should not only be filtered through the soil, but that it should also act as fertilizer for farming on the relatively infertile sandy soils. This made it possible for large farming estates to be founded around the waste water works. In 1908 the Hobrechtsfelde estate was founded, named after the creator of the system, Berlin´s Head of City Planning James Hobrecht.

In the 1960s, increasing amounts of waste water led to the conversion of the works to intensive filter operation with permanently inundated basins. The contaminants in the industrially polluted water began to accumulate in the soil, rendering continued agricultural use impossible.

The idea for the forest was based on a 1984 resolution by the Berlin Magistrate regarding a “Concept for the Further Development of Agriculture in Berlin up to 1990”. The transformation of the waste water works into woodland began after its closure in 1985.

Following the commissioning of the Schönerlinde waste water treatment plant in 1985, the Hobrechtsfelde works was shut down. The sudden cessation of the inflow of large amounts of water immediately led to the drying-out of the soil and to lower groundwater levels. The soil in the fields making up the former waste water works was also highly polluted. The disrupted soil situation presented significant challenges for subsequent use and continues to complicate the reforestation process to this day.