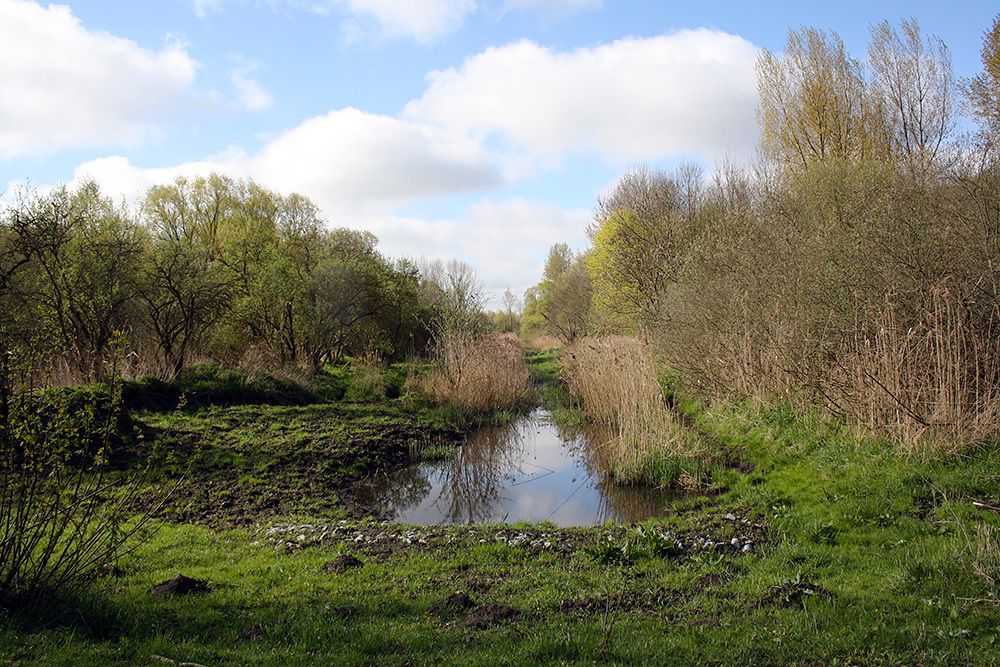 The "Lietzengraben" drainage ditch plays an important role for the Hobrechtswald.

The lowlands of the “Lietzengraben” are large shallow-water zones. During the use as a waste water works the ditch was straightened and deepened so that large quantities of water could be drained. Today, however, the intention is rather to keep the water in the landscape. After the decommissioning of the waste water works, the area around Hobrechtsfelde became more arid and groundwater levels sank. Re-watering has already been a success, and many rare waterfowl, marsh birds and amphibians have once again settled in the area.

With the aid of the Environmental Relief Programs (UEP) I and II, several hydraulic engineering measures were undertaken to re-water the area. The soil was restored using the specially developed “Buch Process”. Since 2005 the water balance has been stabilized via the distribution of clarified water.

Ponds 12 and 13 are reminders of the area´s previous use as a waste water works. They were created in 2002 to help with the re-watering of the landscape. Old wall structures serve as the boundaries of the ponds.

The formation of new wetlands and the stabilization of existing water and marshy forest areas have resulted in a considerable upgrade to the “Lietzengraben” area from the point of view of nature conservation. It is now home to many species, and rare marsh and water birds and amphibians can be observed in and around the biotopes. Demolition and decontamination measures have also considerably reduced environmental stress levels.