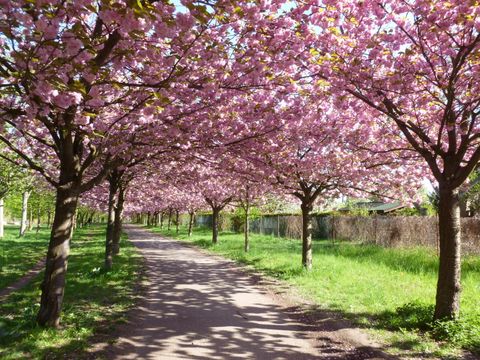 While the Berlin Wall was still standing, the Wollankstrasse S-Bahn station was the only stop on the northern line between Gesundbrunnen and Heiligensee and Frohnau. Although it was on the other side of the border, West Berliners were permitted to enter the station without being checked. East Berliners, on the other hand, were not allowed here. The border patrol road of the GDR border guards ran right in front of the northeast exit; today it is marked by cherry trees and a memorial stone. The trees and the stone are the result of a fundraising drive: in 1990, on the first anniversary of the fall of the Wall, Japanese citizens made a gift to Germany to congratulate the country on its regained unity. The cherry tree avenue resumes at the bridge Bösebrücke. 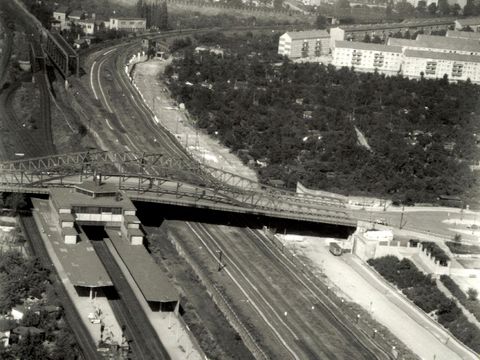 Shortly before the bridge, you will see a piece of the “Hinterlandmauer” (inner wall) on the embankment to the left. This piece of the wall acted as a screen, shielding the former Bornholmer Strasse border crossing from the view of a group of allotment gardens. This border crossing became world-famous on 9 November 1989. After the GDR government had announced a new travel regulation that evening, people from Pankow and Prenzlauer Berg wanted to take advantage of it right away to make a short trip to West Berlin. The pressure exerted by these East Berliners forced the opening of this checkpoint as the first of seven in Berlin. 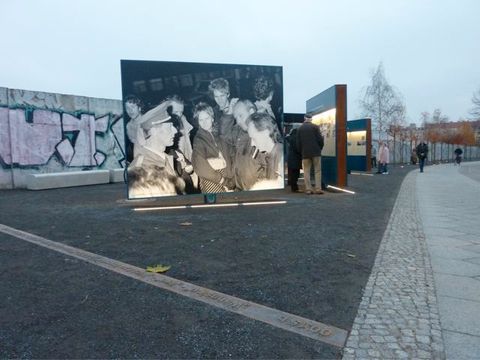 At the eastern end of the bridge, on the grounds of the former checkpoint, the strikingly designed Platz des 9. November 1989 was officially unveiled on 9 November 2011. An open-air exhibition at this site takes up several themes: November 9 in German history; the “peaceful revolution” in the GDR and 9 November 1989; the Bornholmer Strasse border installations and border crossing; and other memorials and sites associated with the Berlin Wall. 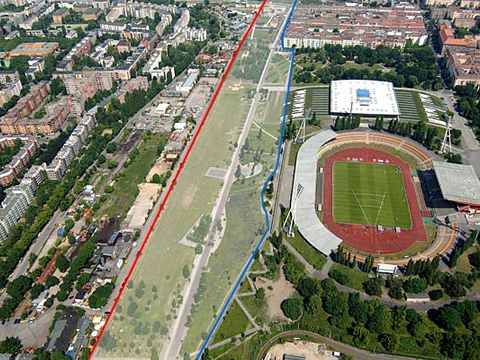 The Bornholmer Strasse S-Bahn station was closed on 13 August 1961, when construction on the Wall began. Trains to northern West Berlin passed the station without stopping at the western platform. The GDR leadership electrified the rails of a long-distance train line already in 1952 – after the Elbe border and the outer ring around Berlin were closed – for the trains running between the eastern half of the circle line and Bernau, so that the route from Schöneweide to Pankow would no longer run through the West Berlin station Gesundbrunnen. Underground tracks were built for this purpose the same year that the Wall went up. And as early as December 1961, the old “Stalin curve” became an “Ulbricht curve,” through which trains from Schönhauser Allee could rattle along a direct route to Pankow. From the new pedestrian bridge between Behmstrasse and the Mauerpark you can still see a section of the inner wall that separated these railway installations along the border from city neighborhoods in East Berlin. The Wall Trail continues along the old Schwedter Strasse through the Mauerpark (“Wall park”). It owes its current width to an exchange of territory in 1988/1989, when the strip of land belonging to the old Eberswalder freight depot became GDR territory. 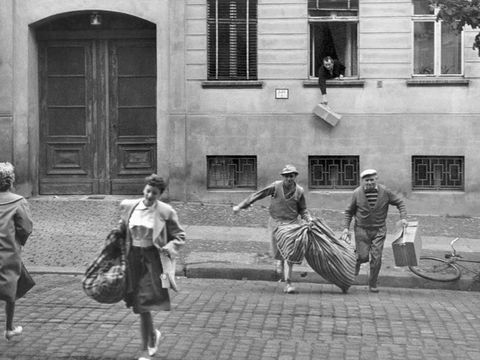 Escape across Bernauer Strasse on 17 August 1961

At the end of the Mauerpark, the border makes a sharp turn to the west. Until the exchange of territory, West Berlin’s tallest “spectators’ gallery,” where visitors could look over the Wall and wave, stood here where Bernauer Strasse starts. The grounds of the Berlin Wall Memorial begin at this intersection. Bernauer Strasse, which the Wall Trail follows to the Nordbahnhof S-Bahn station, achieved tragic notoriety after 13 August 1961. Dramatic escapes shocked and moved the world, which watched as desperate people attempted to climb from houses on the East Berlin side of the border to reach the sidewalk below in West Berlin. The Berlin Wall Memorial documents the moving history of this divided street. On the former border strip, an outdoor exhibition covering 1.4 km uses the events on Bernauer Strasse to give a vivid and comprehensible recounting of the story of Germany’s division. 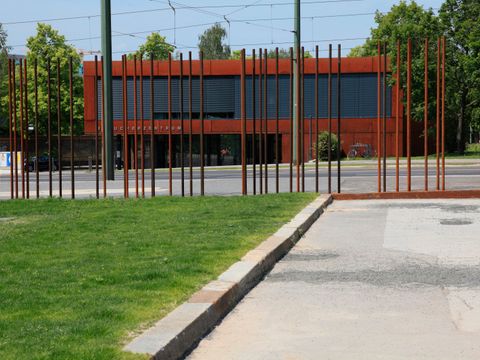 The last section of the Berlin Wall still preserved in its full depth, so that visitors can see the various elements of the border strip as it looked at the end of the 1980s, stands on the grounds of the Berlin Wall Memorial. The grounds also include the memorial recalling the divided city and the victims of communist tyranny, the “Window of Remembrance”, the Documentation Center and its viewing platform, and the Visitors’ Center on Gartenstrasse. The Berlin Wall Memorial is the national memorial recalling the years of German Division. 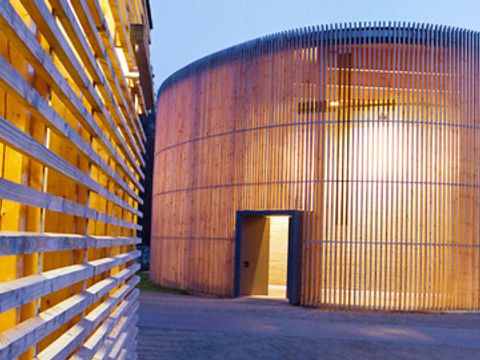 Along Bernauer Strasse you will also see the Chapel of Reconciliation, which was built on the former site of the Protestant Church of Reconciliation. This church once stood in the middle of the border strip and was demolished by the GDR government in 1985.

Take some time to see the Berlin Wall Memorial. The end of the route is not far from here. 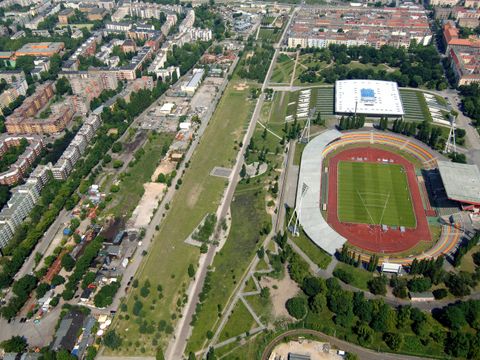 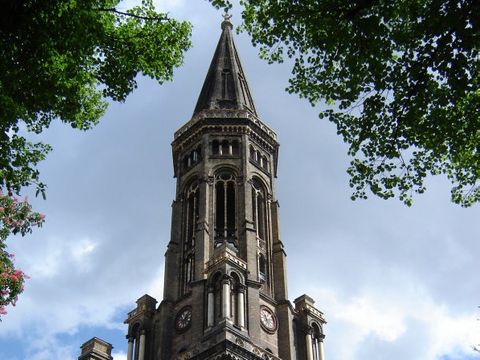 The Protestant church Zionskirche was built from 1866 to 1873 on a slight hill in the Rosenthaler Vorstadt neighborhood according to plans by August Orth and with the rounded arches typical of Schinkel’s successors. ZionskircheMore information