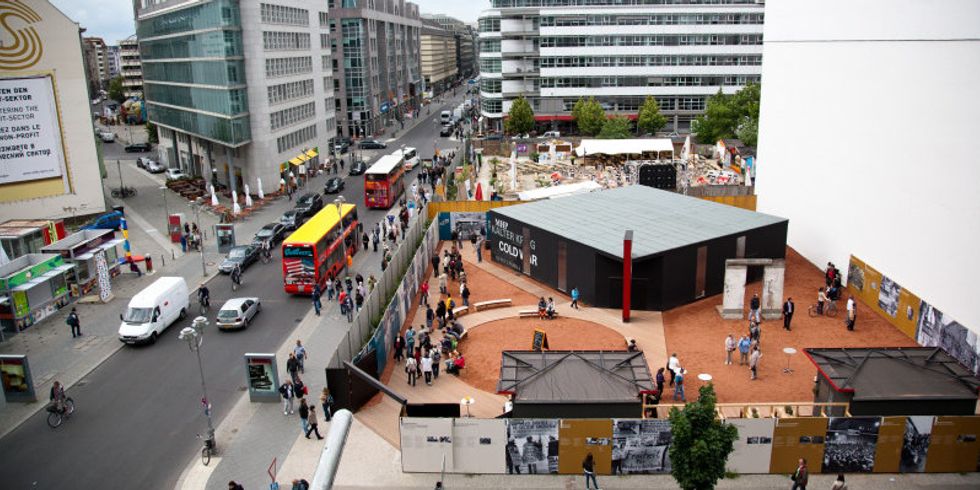 Located right where American and Soviet tanks squared off in 1961, the exhibition “Black Box Cold War” illuminates the division of Germany and Berlin in the context of international confrontation between the Eastern and Western blocs.
Unique in Germany, this exhibition uses 16 media stations, a small movie theater, documents, and original objects to show what unites the Berlin Wall, the Korean War, and the Cuban missile crisis and take an eye-opening look at the global dimension of the East-West conflict.

A permanent “Center on the Cold War – Exhibition at Checkpoint Charlie” is planned for the new building that is to go up on the privately owned property here.