Aerial view of the bank of the Spree 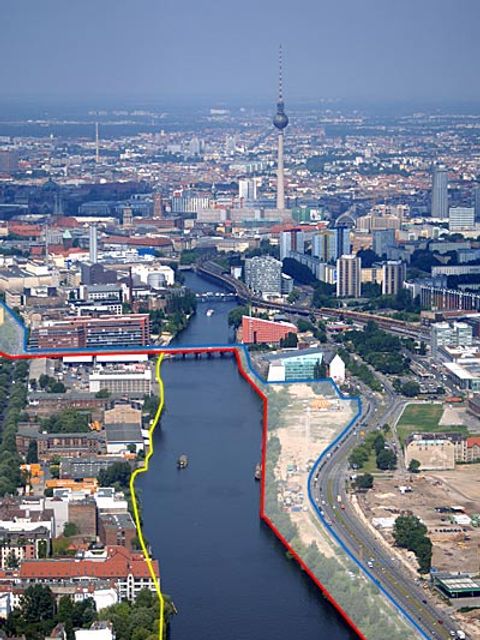 The former course of the Wall between the bridges Oberbaumbrücke (bottom; not in the photo) and Schillingbrücke (center) along the border between the districts of Friedrichshain (right; former East Berlin) and Kreuzberg (left; former West Berlin).

The last section of the inner wall marked in blue (bottom) has become famous all over the world as the “East Side Gallery.” Its pictures, painted in 1990, were carefully restored in 2009.