Layout of the border fortifications 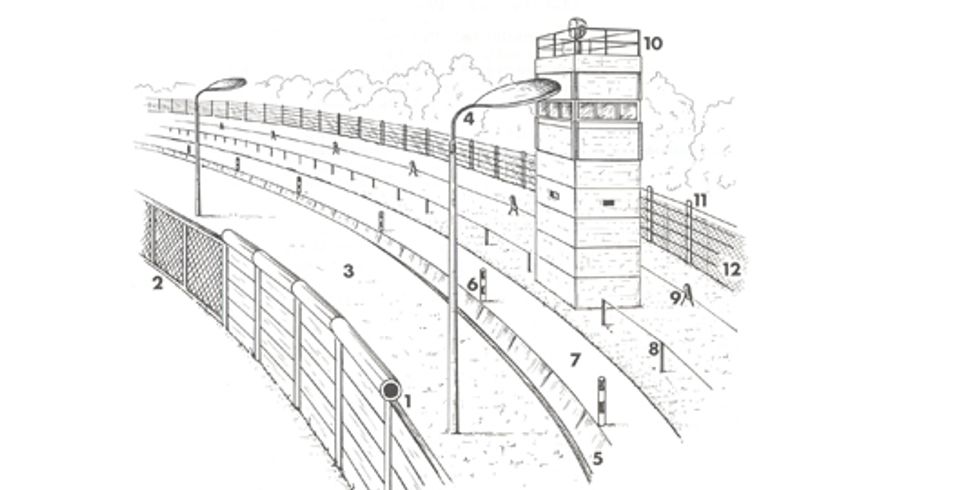 The “Berlin Wall” pictured in the media all over the world was the outer wall that was closest to the West Berlin side. It stood on the border of the Soviet sector along the original boundaries of the affected boroughs, as laid out in 1921 for Greater Berlin. Only along rivers, canals, and railway installations did the position of the outer wall deviate significantly from the actual political border. In addition, there was an exchange of territory in several areas along the border after 1961.

After 13 August 1961, the barriers – starting with those on the political border to West Berlin – underwent a process of constant expansion and reinforcement on the East Berlin side to create what gradually became a multi-layered “security” system. Many sections of what the world knew as the “Berlin Wall” went through four different versions between 1961 and 1989. The outer wall on the West Berlin side was 3.60 meters high in places. Outside the city boundaries, the outer wall sometimes consisted of a wire mesh fence.