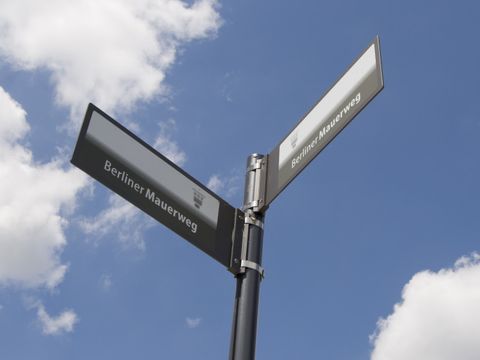 Children will also enjoy the route that runs from Hermsdorf to Wollankstrasse. North of the river Tegeler Fliess, the Wall Trail takes you to Lübars, an area that has managed to preserve its rustic charm. It was a farmer from Lübars who broke through the Wall with his tractor on 16 June 1990 on Blankenfelder Chaussee, thereby reopening it. The street connecting Blankenfelde and Lübars had been closed until then, although the Wall had fallen already in early November 1989. The spot where he made his resolute “breakthrough” is now marked with a plaque on two blocks from the original Wall and is also named after the farmer: Checkpoint Qualitz. 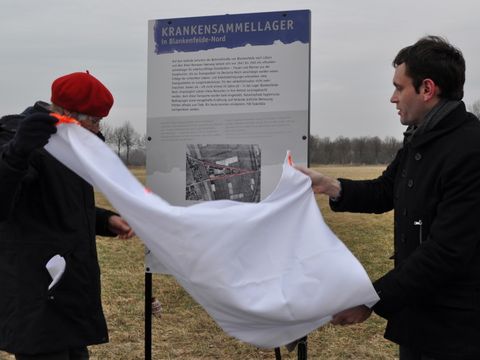 East of the Wall Trail and near Bahnhofstrasse, you will see an info board about the Blankenfelde camp for sick workers from the East that was located here from 1941 to 1945. These “Ostarbeiter” were forced laborers from the Soviet Union who were deported to the German Reich by the Nazi regime. Once these men and women fell ill and could no longer work, they were left to the mercies of this camp, with its catastrophic hygiene conditions, insufficient food and other supplies, and lack of medical care. Proof of at least 700 deaths here has been uncovered so far. 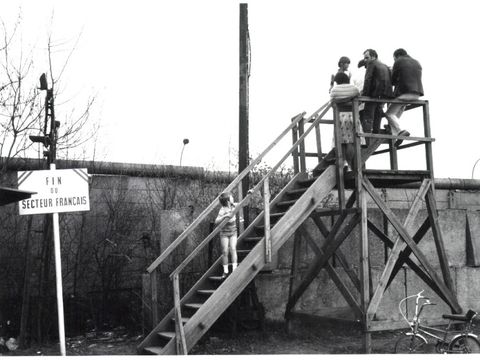 The Soviet Memorial (Sowjetisches Ehrenmal) in the park Schönholzer Heide near the Wilhelmsruh S-Bahn station recalls Berlin’s capture by the Soviet Union at the end of World War II. On Klemkestrasse, on what used to be the West Berlin side of the border, you will see a memorial cross for Horst Frank and information on other victims of the Wall, Wernhard Mispelhorn, Horst Einsiedel, and Silvio Proksch, right where the outer Wall stood in Pankow (former East Berlin). Horst Frank and an old friend had planned an escape to West Berlin; on the evening of 28 April 1962 they entered the border strip from the “Schönholz” allotment gardens. Around midnight, as they were cutting through the last fence, two border guards spotted the 20-year-old Horst Frank and immediately opened fire. He died of his injuries the same day. His friend managed to make it to West Berlin unnoticed by the guards. 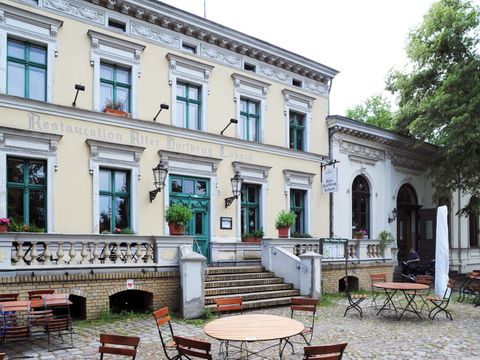 With its village green, Lübars (first mentioned in 1247) is typical of the kind of villages found in Mark Brandenburg. Located in the middle of the Tegeler Fliess valley, surrounded by meadows and fields, Lübars is the only remaining village within the Berlin city limits and still has a rural focus, especially on horses. LübarsMore information 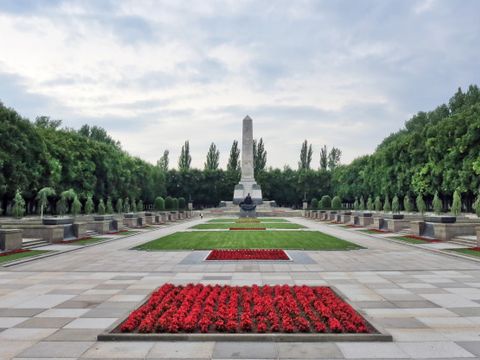 This Soviet memorial (Sowjetisches Ehrenmal) in the park Schönholzer Heide is a burial site for more than 13,000 Red Army soldiers who died fighting in the Battle of Berlin. The names of these soldiers are inscribed on 100 bronze plaques here at the memorial. Soviet Memorial in Schönholzer HeideMore information