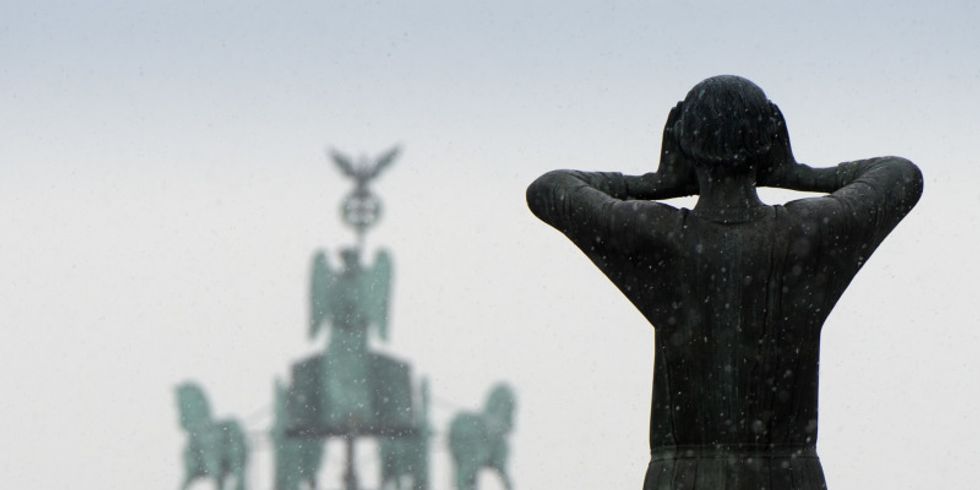 “I wander through the world and cry ‘Peace, peace, peace.’” This quotation from the Italian poet Francesco Petrarch is inscribed on the base of the sculpture “Der Rufer,” which stands on the Strasse des 17. Juni. This bronze is 3 meters tall and was created by the sculptor and graphic artist Gerhard Marcks in 1966.

Along with Wilhelm Lehmbruck and Ernst Barlach, Marcks is considered one of Germany’s most important twentieth-century sculptors. In May 1989, just a few months before the fall of the Wall, a private foundation purchased a casting of this artwork with the intention of putting it up on Strasse des 17. Juni in West Berlin. Other castings of the “Der Rufer” have been erected in various places around the world. Marcks never committed himself to a particular interpretation of his sculpture; while Berlin read its message as a call for peace, the sculpture put up in Perth, Australia, was dedicated to victims of torture. The original sculpture was made for Radio Bremen.