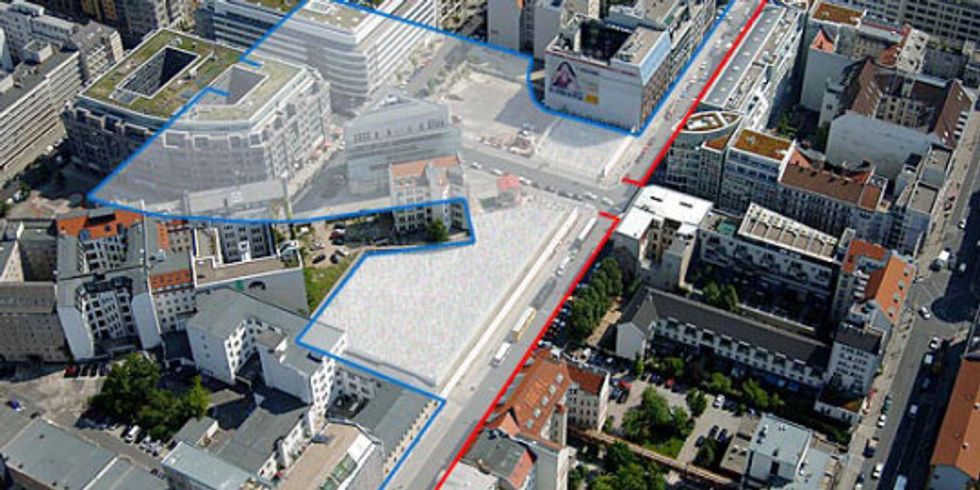 The former course of the Wall between Wilhelmstrasse (bottom left; not in the photo) and Charlottenstrasse (top right) along the border between the Mitte (left; former East Berlin) and Kreuzberg (right; former West Berlin) boroughs. The border crossing at Friedrichstrasse, better known as “Checkpoint Charlie,” was two house blocks deep and another two blocks wide by the time the Wall fell.

The northern half of the former border crossing was built over after 1990. The southern half is currently occupied by the outdoor exhibition “Checkpoint Gallery” and the exhibition “Black Box Cold War” – as a preview to the planned “Center on the Cold War” at Checkpoint Charlie – and the Asisi panorama “The Wall.” This land is privately owned and is to be developed soon.