The Wall inside the city

In the years following the events of 13 August 1961, the GDR leadership expanded the border fortifications between East and West Berlin to create a system of many different control elements. The border walls and fences were as high as 3.60 meters in places, while the “no man’s land” that separated them was between five and several hundred meters wide. Today most of that area has been built over. In some parts, green spaces or memorial sites contribute to making this a “commemorative landscape.”

Our map shows the outer wall, built on the border to West Berlin, in red, while the inner wall is marked in blue.

The political border that was crucial to fugitives is marked in yellow wherever it deviates from the location of the outer wall. 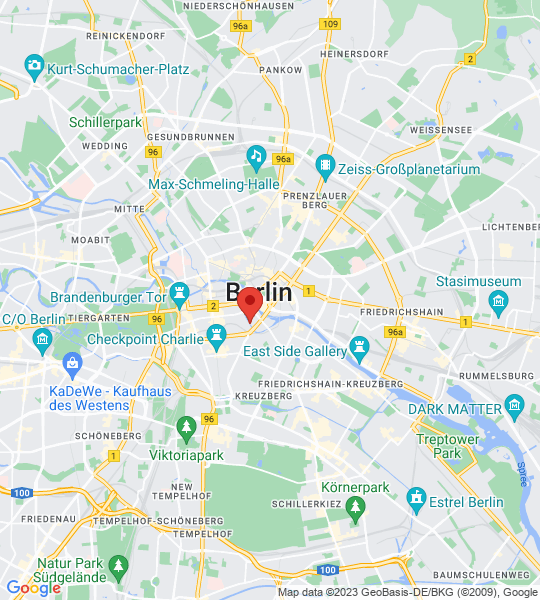