Aerial view of East Side Gallery 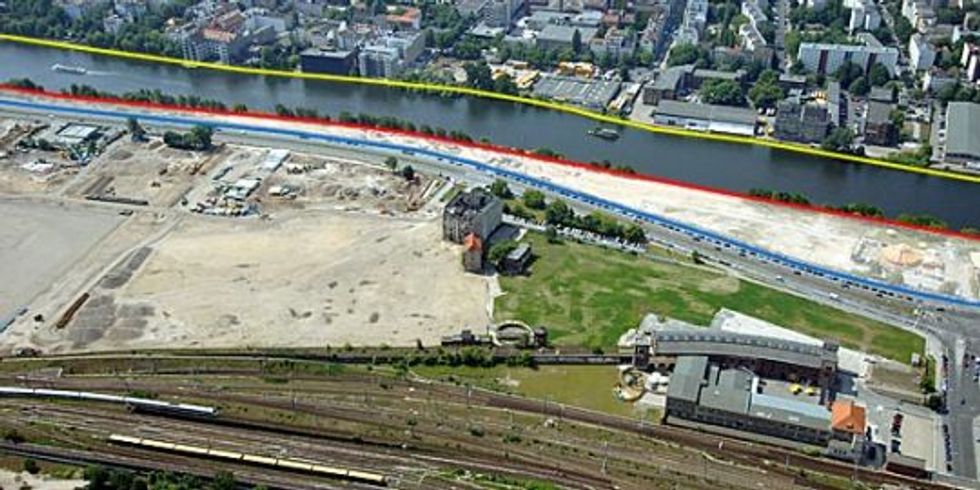 The former course of the Wall between Warschauer Strasse (top left; not in the photo) and Strasse der Pariser Kommune (bottom right) along the border between the districts of Friedrichshain (bottom; former East Berlin) and Kreuzberg (top; former West Berlin).

The last section of the inner wall marked in blue has become famous all over the world as the “East Side Gallery.” It was painstakingly restored for the anniversary celebrations in 2009.