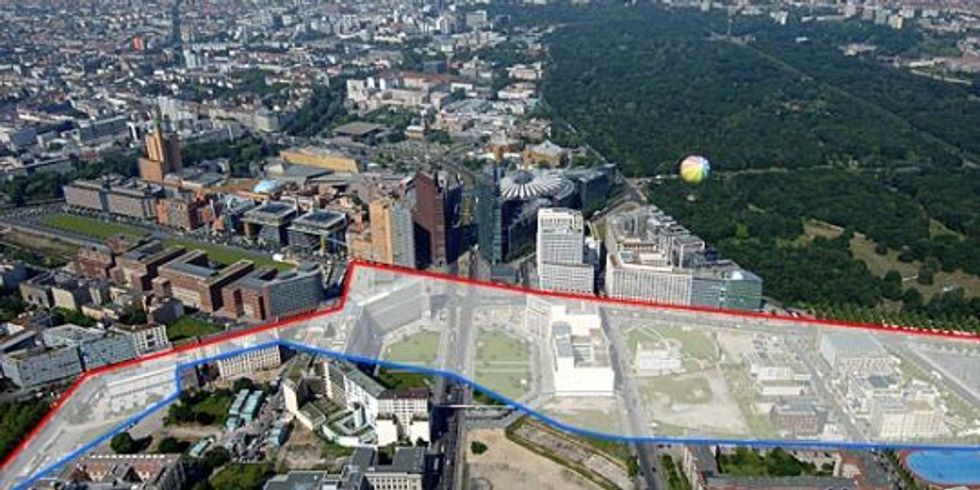 The former course of the Wall between the Memorial to the Murdered Jews of Europe / Hannah-Arendt-Strasse (right) and the Berlin House of Representatives on Niederkirchnerstrasse (left). The former border strip, once between five and several hundred meters wide, has now disappeared, replaced by streets, green spaces, and new urban neighborhoods.