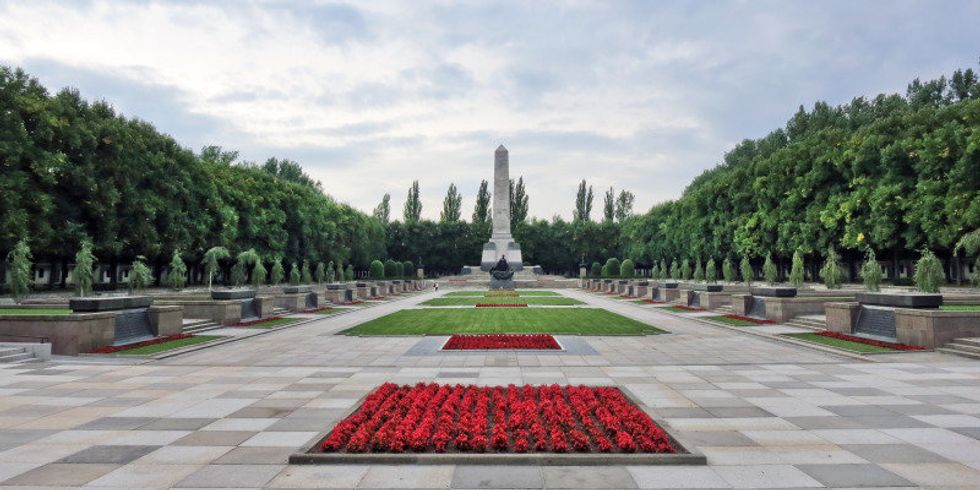 This Soviet memorial (Sowjetisches Ehrenmal) in the park Schönholzer Heide is a burial site for more than 13,000 Red Army soldiers who died fighting in the Battle of Berlin. The names of these soldiers are inscribed on 100 bronze plaques here at the memorial. The heart of the memorial is an obelisk and the monumental bronze sculpture in front of it of a Russian mother mourning her fallen son. A memorial marker recalls Soviet soldiers who died in German captivity. The grounds were laid out from 1946 to 1947 by a Soviet group of architects and engineers.