A satellite concentration camp was set up in June 1942 on Wismarer Strasse 26–36 in Lichterfelde along the Teltowkanal. The prisoners living in this fenced-in camp were at the disposal of SS units as forced laborers who did construction work and cleared away rubble after air raids. In April 1945, the SS had the camp with its 1,500 inmates evacuated. The “Säule der Gefangenen” (Prisoners’ Pillar), a basalt stele by the sculptor Günter Oeller, was unveiled here in 2000 (source: Endlich, Wege zur Erinnerung). 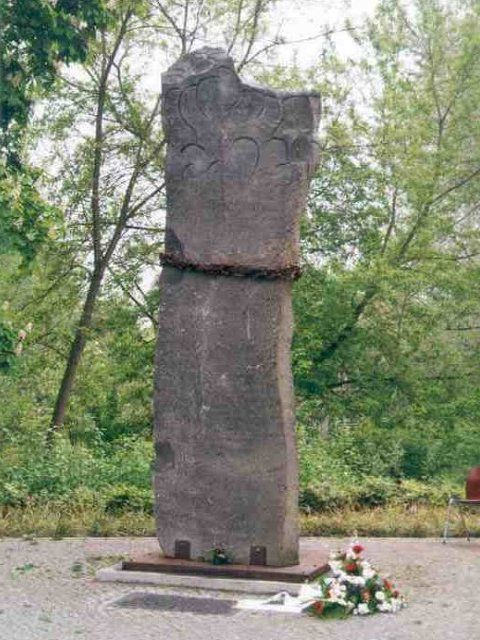