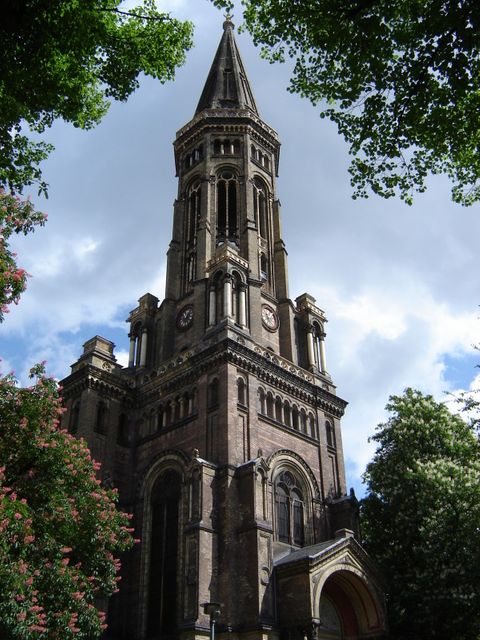 The Protestant church Zionskirche was built from 1866 to 1873 on a slight hill in the Rosenthaler Vorstadt neighborhood according to plans by August Orth and with the rounded arches typical of Schinkel’s successors. It became a meeting place for dissident groups during the SED regime, also housing the “Umwelt-Bibliothek” (environmental library), an information center containing non-official and banned material.