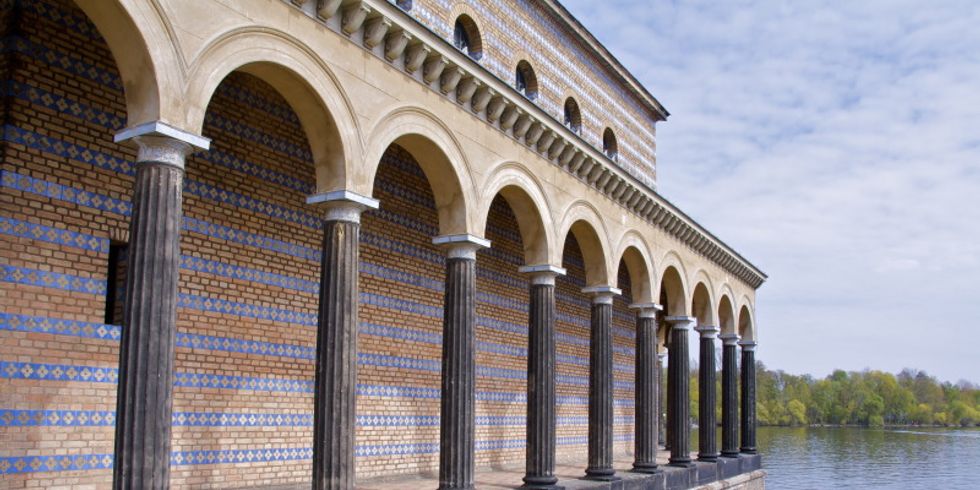 With its freestanding campanile, the church Heilandskirche is reminiscent of an early Christian basilica. It was built by Ludwig Persius from 1840 to 1844, based on sketches by Friedrich Wilhelm IV. In 1897, Adolf Slaby used the bell tower to install Germany’s first antenna system for wireless telegraphy. As of 1952, the church found itself in the GDR border area. It was restored after the fall of the Wall and has been on the World Heritage List since 1990.