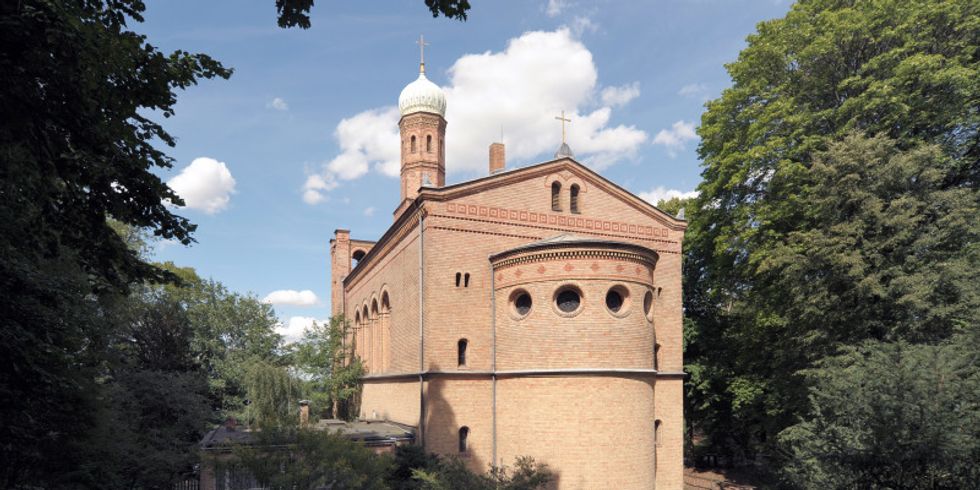 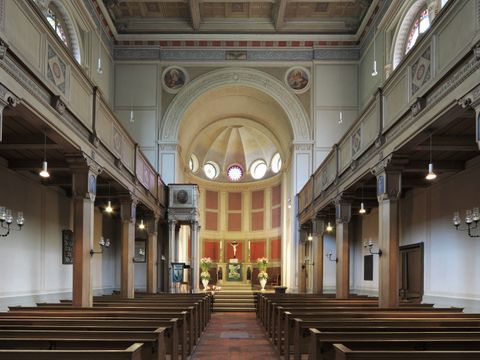 Friedrich August Stüler and Albert Dietrich Schadow, students of Schinkel, built the Protestant church Kirche St. Peter und Paul from 1834 to 1837. Friedrich Wilhelm III gave it to his daughter Charlotte and her husband Nicholas, who later became czar, after having given them the Russian log house “Nikolskoe” next to it. Russian models inspired its onion dome and wooden porch. Unique in Berlin, its classical interior is unchanged to this day.