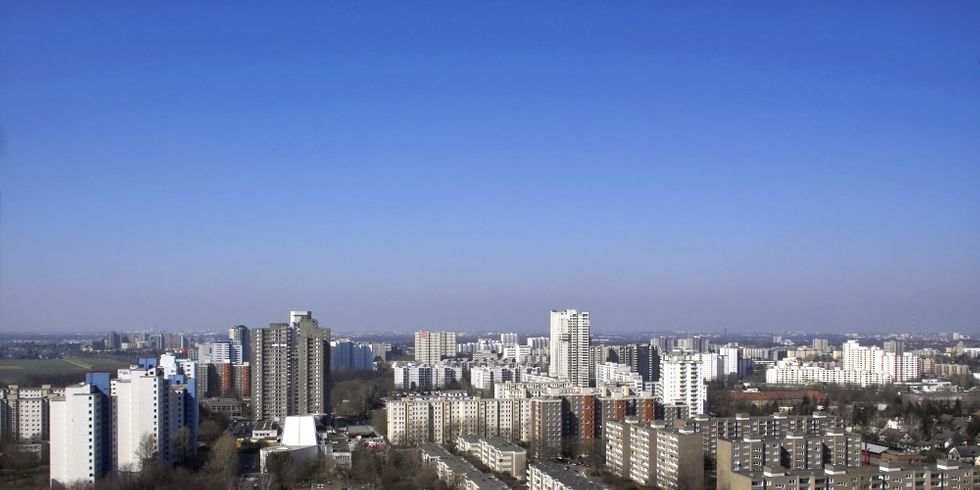 According to the master plan developed by Bauhaus founder Walter Gropius, the large housing estate Britz-Buckow-Rudow, built from 1963 to 1973, was to consist of small residential areas with lots of green space and circular, five-story houses, along with shopping areas built on the estate itself. For cost reasons and because housing was in short supply after the Wall went up, the plan was never realized. Today more than 50,000 people live in 18,000 individual units in the estate’s high-rise apartment houses and blocks of single and multifamily homes. In 2012 it will be 50 years since the foundation stone was laid for West Berlin’s first “city-within-a-city”.