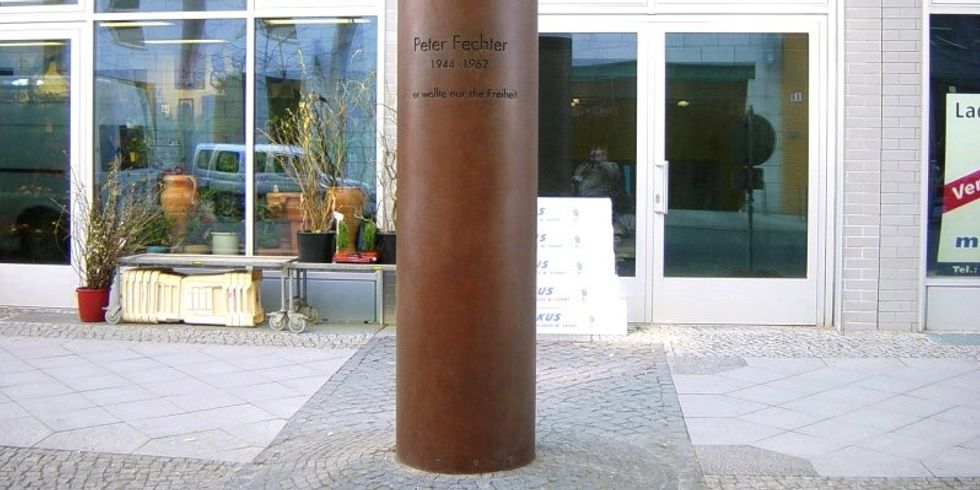 Peter Fechter was shot by GDR border guards on 17 August 1962 as he and a coworker attempted to climb over the Wall to West Berlin. Severely wounded, he fell back onto the border strip at the base of the Wall, and lay there without medical assistance as he bled to death. West Berlin police were not permitted to intervene, nor did the border troops of the western Allies at Checkpoint Charlie get involved. He was not carried away by GDR border guards until almost an hour later. His coworker was able to escape over the Wall unhurt.

West Berliners who had witnessed his death laid flowers and wreaths at the site along the Wall that same day and set up a memorial that still exists today. Berliners and members of the government gather here every year on August 13, the anniversary of the Wall’s construction, to honor the memory of the victims of the Berlin Wall. This site was last altered on 13 August 1999, when the simple wooden cross was replaced by a stele created by Karl Biedermann and donated by Axel-Springer-Verlag. The spot where Peter Fechter died is marked on the ground by basalt rock.