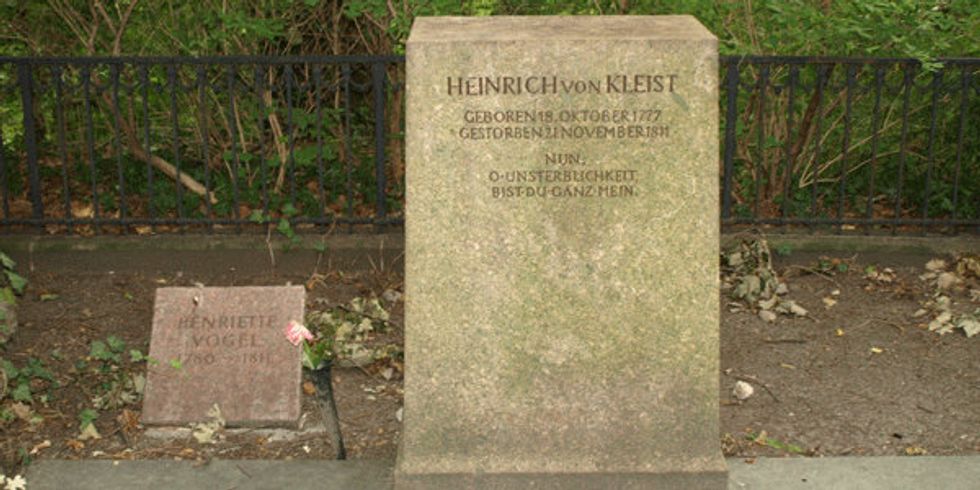 The grave of the German writer Heinrich von Kleist (1777–1811) is located on the lake Kleiner Wannsee. The National Socialists had the gravestone restored in 1936 while getting ready for the Olympic Games held in Berlin that year. In line with their emphasis on the nationalist, anti-Napoleonic France aspects of Kleist’s work, they replaced its inscription with one that quotes the Prince of Homburg in Kleist’s last drama: “Now, Immortality, you are mine.”