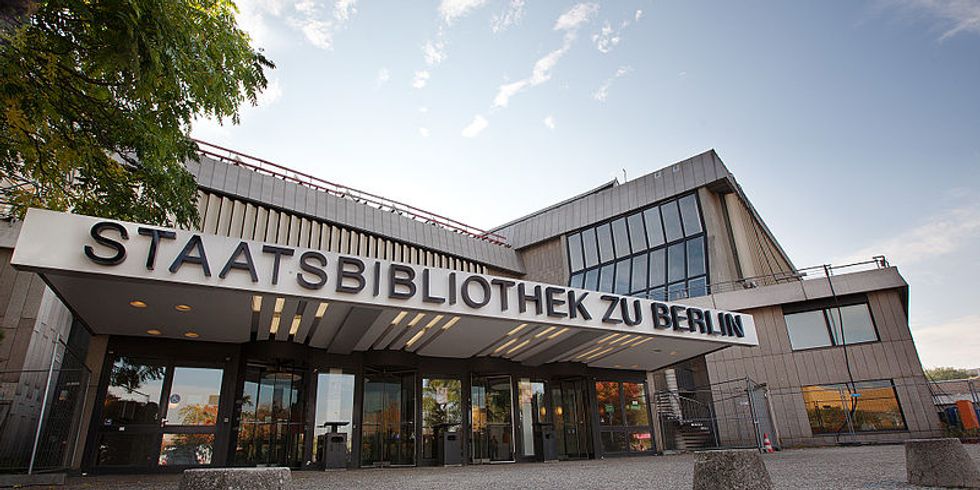 The State Library (Staatsbibliothek), built from 1967 to 1978 according to plans by Hans Scharoun, was intended to block off West Berlin’s Kulturforum from the “death strip” and the Wall. Laid out in terraces, reading and lecture rooms rise up to the windowless stacks behind gold-anodized aluminum sheets. In the course of German reunification, which also reunited the inventories of east and west, “Stabi West” became the research library for holdings from the modern age.