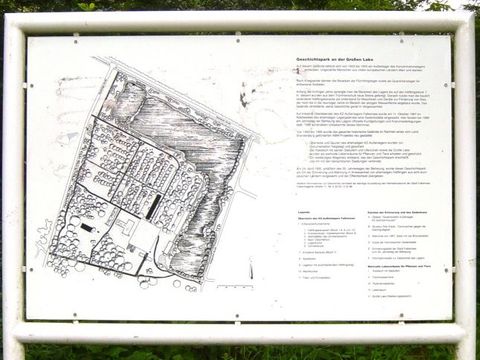 The Sachsenhausen concentration camp maintained a satellite camp in Falkensee from 1943 to 1945, where 1,600 to 2,500 prisoners primarily from France, Poland, the Soviet Union, and Norway lived in nine brick barracks. They did forced labor under inhuman conditions for the DEMAG armaments factory and at the Grunewald freight train station. The Geschichtspark (history park) Falkensee opened in 1995: plaques on the foundation remains tell visitors about the former buildings and how they were used.